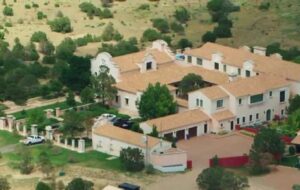 The property, called Zorro Ranch, is 12-square-miles with an over 26,00-square-foot, three-story mansion. Amenities include a private hanger and helipad, a tennis court, scenic views, and a horse stable.

Daniel H. Weiner, who represents Epstein’s estate, said “Now that COVID-19 travel restrictions have begun to ease, this unique property should be more easily accessible to a greater number of potential purchasers.”

Epstein’s ranch was reportedly frequented by his elite social connections. This includes Prince Andrew, who withdrew from his royal duties after his friendship with Epstein was widely critiqued in 2019.

In additions to its role as a private getaway, Zorro Ranch has a dark place in its late owner’s legacy. Multiple women have said they were abused and sexually assaulted by Epstein on the New Mexico property. Despite being convicted of child prostitution charges in 2008 and being listed as a sex offender in Florida and New York, “Epstein was taken off New Mexico’s sex offender registry in 2010 and was able to avoid being re-listed because the victim in the case was not younger than 16, a requirement for registry in New Mexico,” Forbes reports.

According to The Sun, the now-deceased financier “reportedly wanted to use the ranch as a base where women would be inseminated with his sperm and bear his offspring.”

This is the third property Epstein’s estate has sold in the last year. In March, his Manhattan townhome sold for approximately $51 million after two significant price cuts. His Palm Beach estate was purchased for $18.5 million by a Florida real-estate developer who plans to tear down the property and replace it once the deal closes in December.

The profits from the properties’ sales are used to pay taxes and compensate those who have filed complaints against Jeffery Epstein. His holdings are reportedly valued at $210 million. The Epstein Victims’ Compensation Program started has paid over $140 million to settle claim determinations since June of 2020. 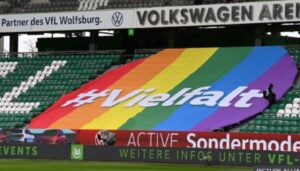