Abe was shot at a train station in July

Japan held a state funeral for Shinzo Abe, the former prime minister who was assassinated at a parliamentary campaign event in July.

Abe was the nation’s longest-serving prime minister. He was the youngest person to hold the position in Japanese history during his first term between September 2006 to September 2007. He was reelected in December 2012 and served until September 2020 when he retired.

More than 4,000 people attended the ceremony, including Japanese Prime Minister Fumio Kishida, who preceded Abe, and Yoshihide Suga, who served as Abe’s Chief Cabinet Secretary before his election in 2020.

“I will be forever proud of myself for having been able to focus on expanding the horizon of Japan’s diplomacy, as foreign minister in your Cabinet, and as your sworn friend who lived through the same era,” said Kishida of Abe in a eulogy.

“A procession carrying Abe’s remains passed by the Defense Ministry, before arriving at the Nippon Budokan in Chiyoda Ward. Abe’s wife, Akie, dressed in a black kimono, carried his remains inside the venue as Self-Defense Forces artillery fired 19 blank shots in line with tradition as part of the funeral salute,” reports The Japan Times.

Harris, U.S. Ambassador to Japan Rahm Emanuel, and three former ambassadors to Japan all offered flowers during the ceremony.

The ceremony also included a video tribute to Abe, highlighting his accomplishments and close relationship with international leaders, including President Barrack Obama and President Donald Trump.

“It was [Abe] who coined the term free and open Indo-Pacific. We cherish those principles and we stand by them. And it is part of the bond that forms the alliance between the United States and Japan,” Harris told the media after the funeral.

Abe died in July after being shot in a train station where he was making a campaign speech on behalf of another candidate. Tetsuya Yamagami, a 42-year-old former member of the Japan Self-Defense Forces, has been charged with the politician’s murder and is awaiting trial. The gun he used was allegedly homemade.

Yamagami reportedly told police he attacked Abe because of his connection to the Unification Church, which CBS News describes as “right-wing.” Yamagami called the church a “cult” that had bankrupted his mother.

Abe is survived by a mixed legacy that remains divisive among the people of Japan.

“He encouraged a sense of national pride in Japan’s enormous international contributions instead of focusing on a lingering shame over war-era brutality,” reports AP News. Critics of the former prime minister have said Abe “repeatedly tried to whitewash Japan’s wartime atrocities, stir nationalist sentiment and engage in high-handed leadership.”

Thousands of protestors took to the streets as the ceremony began, objecting to the state funeral given in Abe’s honor. Thousands of others publicly mourned, waiting in long lines to lay bouquets of flowers under a photo of Abe in a nearby park.

Roughly 20,000 police officer were mobilized in the Tokyo neighborhood in the vicinity of the funeral, joined by 1,000 soldiers. 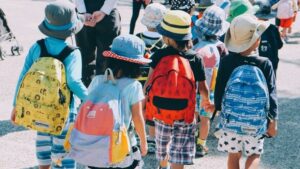