The House Select Committee investigating the protest on January 6 has issued subpoenas to multiple individuals involved with groups that organized pro-Trump rallies and events that were separate from the storming of the Capitol.

All of the people named were allegedly involved with organizing the “Stop the Steal” rally outside of the White House that day — nearly two miles away from the Capitol.

“The subpoenas seek a range of records that include materials dealing with the planning, funding, and participation in the events and bus tours; social media activity of associated entities; and communications with or involvement of Trump Administration officials and lawmakers. The Select Committee issued subpoenas for records from the following individuals and their associated entities, and has instructed the individuals to testify at depositions,” a press release from the Select Committee stated.

The press release continued on to point out that “these subpoenas follow last week’s announcement that the Select Committee issued four subpoenas to individuals tied to the former President in the days surrounding January 6th. Former White House Chief of Staff Mark Meadows, former White House Deputy Chief of Staff for Communications Daniel Scavino, former Defense Department official Kashyap Patel, and former Trump advisor Stephen Bannon were instructed to produce materials and appear at depositions in the weeks ahead.”

Following the announcement, Kylie Jane Kremer tweeted, “remember when Trump said, ‘They’re not after me. They’re after you. I’m just standing in the way.’ Are you paying attention yet?”

Remember when Trump said, “They’re not after me. They’re after you. I’m just standing in the way.”

Are you paying attention yet?

The others who were subpoenaed on Wednesday:

All of the people named have been ordered to testify at depositions and to produce a sweeping range of records related to planning and organizing rallies in support of Trump.

Timcast has reached out to Amy Kremer and Kylie Jane Kremer for comment. We will update this story if one is provided. 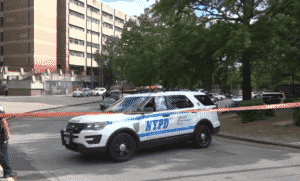 Two 14-Year-Olds Stabbed Outside of High School in New York, Continuing Trend of Youth Stabbings in US