Iowa Family Files Lawsuit Against Snapchat, Allege Woman's Death Was Enabled By Ease of Obtaining Drugs on the Platform

An Iowa family has filed a lawsuit against Snapchat parent company Snap, alleging that a young woman’s death was enabled by the ease of purchasing drugs on the platform.

Ciara Gilliam, 22, died in August 2022 after taking a Xanax pill laced with fentanyl.

According to the lawsuit filed by her family, and the families of seven other people, Gilliam had become addicted to the platform and compulsively used it at all hours, causing difficulty sleeping.

According to a report from local station KCCI, the lawsuit alleges “the program’s features connected her to other users, complete strangers who assaulted and abused her.”

The lawsuit goes on to allege that Snapchat’s features connected her to a drug dealer who she began purchasing Xanax from to help her sleep issues.

One of those pills would ultimately take her life.

“The lawsuit accuses Snapchat of making it easy for Gilliam to buy drugs on the platform. The plaintiffs point to features like disappearing messages, maps and other unique features they claim facilitate illegal and deadly sales of counterfeit pills,” KCCI reports.

The family claims that the “defective design” of the platform was a “substantial factor” in her death.

The family has also offered a reward for information on the drug dealer who sold Gilliam the laced pills.

Snap declined to comment on pending litigation when reached for comment by KCCI, but claimed that they are working on stopping drug sales on the platform.

“We are committed to bringing every resource to bear to help fight this national crisis,” the company said in a statement. 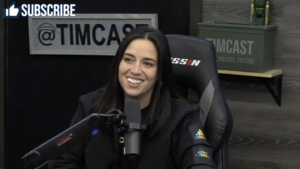