'We Are Just A Group Of Gays Trying To Protect Kids. HOW DOES THIS VIOLATE ANY TOS?!'

Gays Against Groomers, an organization that opposes the sexualization of children, was banned from on-demand printing and warehousing company Printify.

The organization, which was created in June 2022, has been banned from nine platforms including Twitter twice, Linktree, Google, payment processors Venmo, PayPal, and Donately, along with on-demand merchandise companies Printful and Printify as of Jan 23.

“[We will] soon be taking our business to an independent company that supports our values and freedom of speech,” Gays Against Groomers President Jaimee Michell told Timcast after the organization was banned from fellow on-demand merchandising company Printful in December.

Michell also revealed the organization was looking into all legal actions against Printful with attorney Ron Coleman, claiming the company defamed Gays Against Groomers.

“Now [Printify] has suspended our account for ‘content that goes against their Terms of Service,'” wrote the organization in a tweet. “We chose to use [Printify] after [Printful] did the same. THIS IS INSANE.”

“We are just a group of gays trying to protect kids. HOW DOES THIS VIOLATE ANY TOS?!”

Gays Against Groomers responded to the company by providing screenshots of the organization’s merchandise page.

“Which one of these violates your TOS [Printify]? If it’s the word groomer, is that an admission that you protect child predators? GROOMER IS NOT AN ANTI-LGBTQ SLUR.”

Here is our merch. Which of these violates your TOS @printify? If it's the word groomer, is that an admission that you protect child predators? GROOMER IS NOT AN ANTI-LGBTQ SLUR. pic.twitter.com/R14otDA7cg

“It has come to our attention that your Printify account contains content that goes against our Terms of Service,” reads the company’s email to the organization. “As a result, your Printify account will be suspended from [Jan. 19 2023]. Any orders in progress will be completed. Any balance left outstanding in your account will be returned to your original payment method.”

Shortly after Gays Against Groomers tweeted the email exchange with the on-demand merchandising company, Printful blocked the organization on Twitter.

“That’s not going to make your new PR nightmare go away,” Gays Against Groomers responded, sharing a screenshot revealing they were blocked. “We don’t forgive and we don’t forget.”

That’s not going to make your new PR nightmare go away. We don’t forgive and we don’t forget. #BoycottPrintify https://t.co/LsuiDE3mQ7 pic.twitter.com/PDnof01WUD

Printify has closed off comments for their social media posts on Twitter and Instagram as of Monday.

“Our mission is to end the sexualization, indoctrination, and medicalization of children under the guise of ‘LGBTQIA+,’” read the organization’s mission statement. “Gays Against Groomers directly opposes the sexualization and indoctrination of children. This includes drag queen story hours, drag shows involving children, the transitioning and medicalization of minors, and gender theory being taught in the classroom.”

When fighting for equality, our goal was to successfully integrate ourselves into society, but now [there are] radicals aim to restructure it entirely in order to accommodate a fringe minority, as well as seek to indoctrinate children into their ideology. … The gay community is not a monolith. Those pushing this agenda do not represent or speak for us all, nor do we want to be associated with them in any way. What we are witnessing is mass scale child abuse being perpetrated on an entire generation, and we will no longer sit by and watch it happen.

The group added: “It is going to take those of us from within the community to finally put an end to this insanity, and that’s exactly what we’re going to do.” 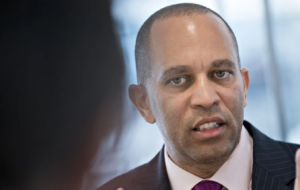