Gays Against Groomers, an organization that opposes the sexualization of children, intends to pursue legal action against on-demand printing and warehousing company Printful, alleging defamation.

On Sunday, Printful, who produced merchandise for the organization, suspended business with Gays Against Groomers to “mitigate the risk of being affiliated with [an organization] that doesn’t represent our company values.”

“We do our best to remain neutral and respect freedom of speech, yet we draw the line at content that foments hatred towards any person or group,” reads a email from the company Gays Against Groomers shared in a tweet.

Printful reportedly gave the organization five days to transition their business away from the company, stating “no payments will go through and all existing orders are on hold.”

Gays Against Groomers has temporarily resumed merchandise production with a different company, but is seeking a more permanent option, according to an exclusive statement the organization made to Timcast.

“[We will] soon be taking our business to an independent company that supports our values and freedom of speech,” Gays Against Groomers President Jaimee Michell told Timcast.

“What is it exactly about a group of LGBT people protecting children from predators that doesn’t represent your company values?” Gays Against Groomers responded to the company on Sunday.

Printful has decided to discontinue working with Gays Against Groomers because the underlying misinformation shared by this organization does not align with our values of respect and inclusion. Read more about our decision ⬇️ pic.twitter.com/1EiWDBZS8J

“On the surface, this organization claims to protect children from abuse. However, after taking a closer look at their platform, we found the content they share is homophobic, transphobic misinformation that harms LGBTQ+ communities,” Printful responded to Gays Against Groomers in a public statement on Monday. “Printful has decided to discontinue working with Gays Against Groomers because the underlying misinformation shared by this organization does not align with our values of respect and inclusion.”

“We suspended this organization because homophobia and transphobia do not align with our values of respect and inclusion,” Printful’s statement continued. “Let us be clear that we do not condone child abuse. We do not tolerate content that expresses hate towards groups or individuals. We will not work with an organization that spreads harmful accusations against the LGBTQ+ community under the guise of protecting children.”

Printful further attached their statement to three previous tweets from the company.

“Printful has doubled down on their statement regarding their suspension of service for Gays Against Groomers and pinned it,” said Gays Against Groomer’s Director of Communications Judith Rose. “Just so the world knows they prefer the woke mob over truth. Thanks for showing your true colors, [Printful]!”

Printful has doubled down on their statement regarding their suspension of service for Gays Against Groomers and pinned it.
Just so the world knows they prefer the woke mob over truth. Thanks for showing your true colors @Printful ! https://t.co/e5kTgtbEmc

“If you could provide a clear example of our organization compromised solely of gay and trans people being homophobic and transphobic and posting misinformation, that would be greatly appreciated,” Gays Against Groomers responded rebutting Printful’s statement. “We have a very powerful attorney representing us, and this is defamation.”

“Furthermore, you have discriminated against a legally protected class of people,” the organization continued. “If you’re looking for the homophobic and transphobic ones, we recommend looking in a mirror.”

Furthermore, you have discriminated against a legally protected class of people. If you're looking for the homophobic and transphobic ones, we recommend looking in a mirror.

“We are looking into all of our options with our attorney Ron Coleman and intend to pursue legal action,” Mitchell confirmed to Timcast.

“Only groomers oppose our movement,” the organization followed up shortly after.

Only groomers oppose our movement.

“Our mission is to end the sexualization, indoctrination, and medicalization of children under the guise of “LGBTQIA+,” read the organization’s mission statement. “Gays Against Groomers directly opposes the sexualization and indoctrination of children. This includes drag queen story hours, drag shows involving children, the transitioning and medicalization of minors, and gender theory being taught in the classroom.”

When fighting for equality, our goal was to successfully integrate ourselves into society, but now [there are] radicals aim to restructure it entirely in order to accommodate a fringe minority, as well as seek to indoctrinate children into their ideology. … The gay community is not a monolith. Those pushing this agenda do not represent or speak for us all, nor do we want to be associated with them in any way. What we are witnessing is mass scale child abuse being perpetrated on an entire generation, and we will no longer sit by and watch it happen.

The group added: “It is going to take those of us from within the community to finally put an end to this insanity, and that’s exactly what we’re going to do.” 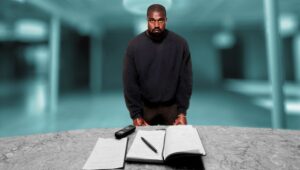