The Indiana State Police is offering to hire Chicago officers whose jobs and retirement benefits are being threatened for refusing to comply with the vaccine mandate.

Chicago Mayor Lori Lightfoot had originally ordered that all city employees must be vaccinated by October 15, but has faced tremendous pushback from the police union.

On Sunday, officers were once again warned that failure to comply will be met with disciplinary action — up to termination.

“A Department member, civilian or sworn, who disobeys a direct order by a supervisor to comply with the City of Chicago’s Vaccination Policy issued 8 October 2021 will become the subject of a disciplinary investigation that could result in a penalty up to and including separation from the Chicago Police Department. Furthermore, sworn members who retire while under a disciplinary investigation may be denied retirement credentials…” the statement said.

Chicago’s Fraternal Order of Police President John Catanzara has urged officers to stand against the mandate. He estimates there are as many as 3,200 cops ready to defy the order.

“The unofficial number we have is about over 3,200; so about of third of the department,” Catanzara told CBS.

Sgt. Glen Fifield of the Indiana State Police addressed Chicago Police on Twitter, saying that they are hiring and have no vaccine mandate.

My office stands ready to help connect Chicago police officers to an Indiana police department that is hiring now and doesn’t have a vaccine mandate.

“My office stands ready to help connect Chicago police officers to an Indiana police department that is hiring now and doesn’t have a vaccine mandate,” the senator tweeted. “Welcome to Indiana!” 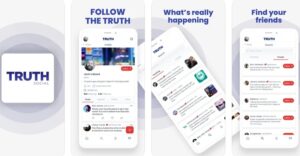