The foundation is the nationwide nonprofit branch of the Black Lives Matter movement, which saw an increase in support during the summer of 2020 following the cross country riots that broke out after George Floyd’s death.

AG Todd Rokita announced he had filed a Petition to Enforce a Civil Investigative Demand to compel BLM to comply with an open investigation into its financial activities.

“Protecting Indiana consumers from this house of cards is critical,” Rokita said in a statement last week. “There are concerning patterns of behavior from this organization, and we will do what it takes—including this lawsuit—to get to the bottom of it.”

The lawsuit comes months after Rokita’s office opened its investigation into BLM’s use of funds in February.

In 2020, BLM reported it had raised more than $90 million. The organization reported that $21.7 million of the funds had been provided to 30 local groups and BLM affiliate chapters.

During that time, BML claimed on its tax filings that it had no expenses or assets and has $0 in revenue. The organization is suspected of being in violation of either the Indiana Deceptive Consumer Sales Act or the Indiana Nonprofit Corporation Act.

BLM purchased a $6 million mansion but did not report the property as an asset.

“The purchase of the California house was separate from a 2021 transaction in which BLM transferred money to a Canadian nonprofit – run by the wife of BLM co-founder Patrisse Cullors – to buy a $3 million house,” reports Fox News.

Other BLM leaders are under investigation for their handling of donor-contributed funds.

“The public should know that we are fully cooperating with the investigation and have been in communication with the Attorney General’s office since March,” said Black Lives Matter South Bend in a statement emailed to 953MNC. “Any reports that may suggest otherwise about our chapter are untrue. We have worked tirelessly for our South Bend community and have taken steps to avoid unnecessary distractions that might divert us away from our community work.”

“We know big woke corporations are part of that $60 million as well,” Rokita told the local radio station on April 30. “This is not unlike someone scamming an elderly person and us going after them.”

The state government is now seeking additional documents and information to complete its investigation.

“There are many Indiana stakeholders and donors who have been impacted by these allegations,” Rokita said. “This lawsuit will allow for a court to swiftly and efficiently resolve the state’s request for information.”

Rokita encouraged any Indiana resident who “believe[s] they have been impacted” by BLM’s fundraising efforts to file a consumer complaint.

If BLM refuses to comply with the civil investigation, the organization could face severe sanctions including being banned from any future fundraising in the state. 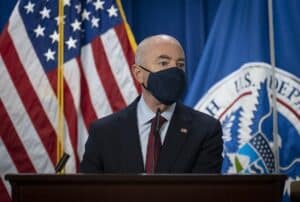