Facebook, citing “sensitive social issues,” rejected an application to boost a post promoting an Illinois Officer of the Year.

“The way we see it is, Facebook thinks it’s wrong to honor a brave police officer who suffered serious wounds while protecting his central Illinois city. How is that remotely political?” Ed Wojcicki, executive director of the police group, said to the Journal Star.

Bieber’s involvement in a February 2 incident made him the group’s officer of the year. The officer managed to fatally shoot an assailant who had stabbed him multiple times during a traffic stop following a call about a domestic violence incident in progress.

According to WAND17, Beiber was stabbed in the “head and neck multiple times, damaging nerves and hitting an artery, causing [him] to bleed profusely.”

He was hospitalized and spent several months recovering.

In a statement to the media, East Peoria Chief Rich Brodrick said, “officers in Illinois face levels of noncompliance on a daily basis and are victims of physical and verbal violence. Bieber used his training to attempt less-than-lethal responses such as creating distance and deploying his taser, but ultimately the situation put Bieber’s life in grave danger.”

The police group wanted to share his story as widely as possible and turned to Facebook’s paid promotion feature for help — only to be rejected.

In a reply to the police group’s appeal, Facebook wrote “This ad content has been correctly disapproved for violation of Facebook Advertising Policies and Guidelines. As per policy: Your ad may have been rejected because it mentions politicians or is about sensitive social issues that could influence public opinion, how people vote and may impact the outcome of an election or pending legislation … Our policy for running ads related to politics requires you to get authorized first by confirming your identity and creating a disclaimer that lists who is paying for the ads.”

“Facebook and operators of other social media platforms have claimed to be policing content more closely in response to complaints that they have allowed misinformation to flourish online,” per Fox News.

Online comments indicated that this is not the first time the posts in recognition of Illinois police officers have been restricted byFacebook.

“The Illinois Sheriff’s Association said in a comment on the ILACP’s Facebook post … ‘FB did the same thing to us with our Deputy, Correctional Officer and Telecommunicators of the Year back in February. It’s maddening!!’” reports The Daily Mail.

Upon inquiry from The Journal Star, Facebook said that the association may have incorrectly submitted the ad: “We have reached out directly to the Illinois Association of Chiefs of Police to explain how to run this type of ad,” the company said. 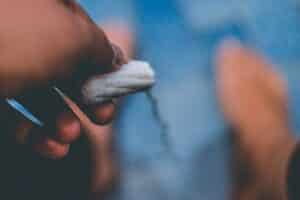