California taxpayers may soon be spending millions for public schools to offer free menstrual products to all students, even men.

“California recognizes that access to menstrual products is a basic human right and is vital for ensuring the health, dignity, and full participation of all Californians in public life,” the text of AB-367 states.

Assemblywoman Cristina Garcia, who represents California’s 58th district and drafted the bill, has argued that menstrual products are a “basic human right” and must be provided to everyone, even if they do not have a uterus.

“California has an interest in promoting gender equity, not only for women and girls, but also for transgender men, nonbinary, and gender-nonconforming people who may also menstruate and experience inequities resulting from lack of access to menstrual products.”

Metrovoice News reports that “the bill will attempt to ‘normalize menstruation among all genders.'”

“It is the intent of the Legislature that this act provide for the health, dignity, and safety of menstruating students at every socioeconomic level, normalize menstruation among all genders, and foster gender competency in California schools, colleges, and universities,” the bills reads.

“In addition to public universities, the bill would also apply to secondary schools. It is backed by Free The Period organization and the Cal State Student Association,” the report continues.

If the bill passes, it will go into effect on or before the start of the 2022–23 school year. 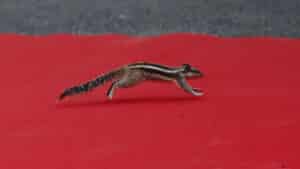