An Illinois high school is planning to implement a grading system to “equalize” test scores among different racial groups and among students with a lower socioeconomic status.

In order to boost the grades of black students — instead of providing additional instruction or assistance — teachers will be ordered not to dock students for missing class, misbehaving in school or failing to turn in their assignments — as these variables “disproportionately” harm black and lower class students, according to a report from West Cook News.

“Traditional grading practices perpetuate inequities and intensify the opportunity gap,” a slide from the presentation by Assistant Superintendent for Student Learning Laurie Fiorenza during a meeting where she announced the plan reads.

The plan states that “many OPRFHS teachers are successfully exploring and implementing more equitable grading practices such as: utilizing aspects of competency-based grading, eliminating zeros from the grade book, and encouraging and rewarding growth over time.”

According to the Education Advisory Board, equitable grading means assessing practices that involve taking into account race and class. 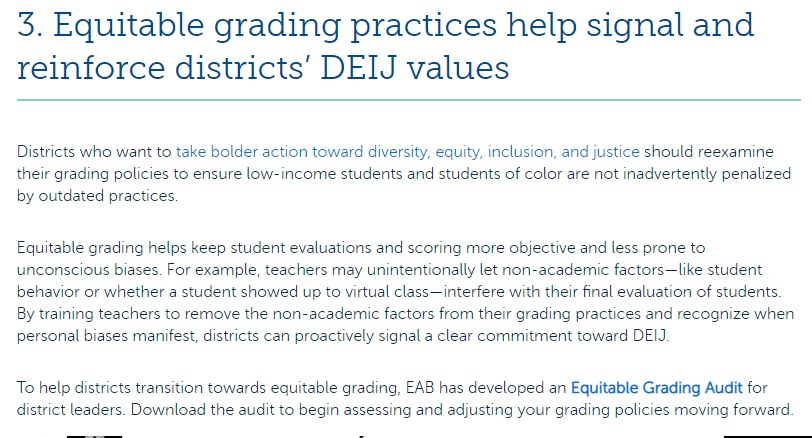 West Cook News noted that according to the Illinois State Board of Education, 38 percent of OPRF sophomore students taking the Scholastic Aptitude Test (SAT) failed.

Fiorenza previously called for race-based grading in August to try to even the scores.

“OPRF’s administration will adopt language that makes and keeps the system visible and continues to name racism as a complex interconnected structure,” she wrote in a letter to the Board of Education at the time. “We must recognize the unique challenges faced during the pandemic intensify the need for a systemic approach to confronting the racial and socioeconomic discrepancies often experienced by our underrepresented student population.”

This trend in education has risen with the popularity of Ibram X. Kendi, author of How to Be an Anti-Racist, and Critical Race Theory.

Columbia University’s Center for Professional Education of Teachers cited Kendi while discussing equity and assessment. They noted that he “explains how traditional testing policies perpetuate racist (and inequitable) ideas and policies in education.”

“He explains that ‘achievement in this country is based on test scores, and since white and Asian students get higher test scores on average than their black and Latinx peers, they are considered to be achieving on a higher level,'” their report stated.

Their solution, in part, was to emphasize effort and progress, not standard grades.

Editor’s Note: the school district has responded to the West Cook News article with a statement saying that, “at no time were any statements made recommending that OPRF implement a race-based grading approach.”

The original version of this story referred to the changes being made by the school district as “race-based,” we have updated the story to clarify that their goal was to “equalize test scores among racial groups” as well as socioeconomic status. 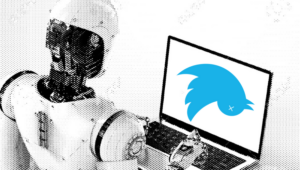