'I Honestly Believed The Charges I Made Against Him': Dershowitz Accuser Speaks Out Following Settlement

'I Did Not, And Would Never, “Exonerate” Mr. Dershowitz In Return’

Virginia Giuffre, who settled her defamation suit against lawyer Alan Dershowitz last week, said she would not “exonerate” him, the Daily Beast reported on Tuesday.

The lawyer was originally accused of sexual abuse in late 2014 when Giuffre filed an affidavit in a federal lawsuit alleging she was trafficked by Jeffrey Epstein and accomplice Ghislaine Maxwell to “powerful men” including Dershowitz. Guiffre officially filed a lawsuit against Dershowitz in April 2019 shortly before Epstein’s arrest. David Boies, Guiffre’s lawyer, also filed a defamation suit against Dershowitz for accusing his firm of extortion and suborning perjury regarding Guiffre’s allegations. Dershowitz subsequently filed countersuits against Boies and Guiffre for defamation and intentional infliction of emotional distress.

Dershowitz subsequently dropped both countersuits after Giuffre settled her defamation suit saying though she “long believed” she was trafficked to the lawyer via Epstein, she “may have made a mistake” accusing Dershowitz as one of her abusers.

“People disapproved of me being Jeffrey Epstein’s lawyer and Donald Trump’s lawyer, so a decision was made by people to frame me,” Dershowitz told Newsmax’s Greg Kelly. “And they used a young woman, and the young woman now acknowledges that she may have made a mistake.”

“My name has now been cleared and I can get back to defending people and being controversial for good reasons,” Dershowitz added.

“I was shocked to read that Alan Dershowitz is claiming that our mutual dismissal of our lawsuits against each other somehow ‘exonerated’ him,” Giuffre said in a statement to the Daily Beast referring to the lawyer’s op-ed in the New York Post.

EXCLU: “I was shocked to read that Alan Dershowitz is claiming that our mutual dismissal of our lawsuits against each other somehow ‘exonerated’ him,” Virginia Giuffre told The Daily Beast. https://t.co/oA2QsTZ5Gl

The litigation was very stressful and damaging to my family, and to my health. We have endured years in which Mr. Dershowitz asserted my charges against him were a lie, made up out of whole cloth, perjury, and part of a purported extortion plot. He has now admitted there was no perjury, no extortion plot, and that rather than making up what I said, I honestly believed the charges I made against him. Whether or not Mr. Dershowitz’s admissions undermine his previous denials of the charges made against him is for others to say. The settlement agreement limits what I can say and I will abide by it unless and until I am released from it. However, those admissions are not consistent with ‘exoneration.’ Stopping the false charges against me, and securing Mr. Dershowitz’s public acknowledgement of my good faith was important to me and my family. However, I did not, and would never, ‘exonerate’ Mr. Dershowitz in return.

“I challenge her to repeat her allegation,” Dershowitz told The Daily Beast in a separate statement replying to Giuffre’s comment. “It’s a total complete categorical lie. I never met her, and I proved it conclusively. Ask her to release all the evidence that came out in discovery and you will see a total and complete exoneration. I have waived every single right of privacy. I waived every right of privacy to every tape recording, every video recording, every photograph. I ask her to do the same.” 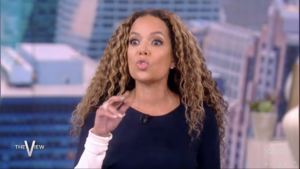