More than 6,000 migrants were brought back to Cuba during Fiscal Year 2022

The Coast Guard continues to return migrants attempting to illegally enter the United States from Cuba.

Between Oct. 18 and Oct. 21, the Coast Guard repatriated 270 Cubans to their country of origin after intercepting them off the coast of Florida.

A total of 921 Cubans have been returned by the Coast Guard since Oct. 1.

“Secretary Mayorkas stated in a press conference last year that folks illegally migrating to the U.S. by sea will not be allowed to stay,” said  Lieutenant Matt Miller of Coast Guard District Seven in a statement. “Choose a safe and legal means of coming to the U.S.”

The migrants tend to travel via makeshift, rustic or unstable vessels. One recently repatriated migrant was found on a surfboard 45 miles from Key West. On Oct. 20, the Coast Guard completed a two-day rescue operation, saving 102 Haitians and two Dominican Republic nationals who were left abandoned by smugglers on Mona Island, Puerto Rico – an uninhabited ecological reserve.

“We urge anyone thinking of taking part in an illegal voyage to not take to the sea,” said Captain José E. Díaz, Coast Guard Sector San Juan commander. “These voyages are extremely dangerous; they most often take place aboard makeshift vessels with no lifesaving equipment, and smugglers will not think twice when abandoning their passengers in harsh conditions and dangerous environments.”

The number of Cubans intercepted by the Coast Guard is currently at its highest level since the 2016 fiscal year when 5,396 Cubans were interdicted. More than 6,180 migrants from Cuban were prevented from entering the country during the 2022 fiscal year according to data from the Coast Guard. More interdictions were carried out this month than in all of 2021, when there were 838.

The Cuban government does not allow residents to leave without authorization, per The Hill.

“The numbers of Cubans seeking to resettle in the U.S. continue to grow. Travel by land, through Latin America continental routes, has produced record numbers,” reports NBC News. “From January to July, U.S. authorities stopped Cuban migrants at the U.S.-Mexico border 155,000 times, more than six times the number in the same period last year.”

Cuban migrants had been permitted to stay in the US if they reached American soil under the “Wet Foot, Dry Foot” policy. The policy was repealed in 2017, several decades after its initial adoption.

Secretary of Homeland Security Alejandro Mayorkas said during a press briefing in July of 2021 that the voyage from Cuba to the US is “dangerous and unforgiving” and reiterated that even those who successfully reach the American coast will not be permitted to enter the US. 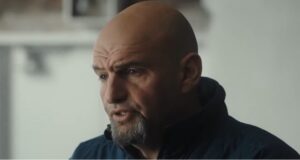