As the announcement came from former President Donald Trump that he was seeking another term in office in the 2024 election, House Democrats circulated a letter to drum up support to try and stop him.

The memo from Rep. David Cicilline (D-R.I.) states that he has drafted legislation that would prevent Trump from holding public office again under the 14th Amendment of the U.S. Constitution.

Cicilline argues that testimony provided to the January 6 Committee has demonstrated that Trump engaged in insurrection, and says the text of the Constitution bars insurrectionists from holding high office in the U.S.

“The legislation details testimony and evidence demonstrating how Donald Trump engaged in insurrection against the United States,” Cicilline writes in the letter, excerpts of which were published on Twitter by Politico reporter Nicholas Wu.

It specifically details how Donald Trump engaged in insurrection when he helped to plan and encouraged the insurgence on January 6th despite knowing that the election results were lawful; attempted to intimidate state and federal officials when they did not support his false claims and unlawful plans; tried to manipulate Mike Pence into unlawfully refusing to certify the election results, despite Mr. Pence’s and legal advisors’ assertion that he held no such authority; and supported the violent insurrection at the Capitol on January 6th, refusing for hours to denounce or act against the mob and putting thousands of lives in danger.

Congressional officials are not the only ones using the insurrection narrative as a means to try to prevent Trump from returning to the White House.

Citizens for Responsibility and Ethics in Washington (CREW), a nonprofit government watchdog organization, said it planned to take action against the former president more than a week before the announcement of his 2024 bid.

“The evidence that Trump engaged in insurrection is overwhelming,” said CREW President Noah Bookbinder. “We are ready, willing and able to take action to make sure the Constitution is upheld and Trump is prevented from holding office.” 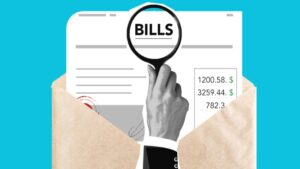