U.S. household debt has increased $351 billion in the third quarter of 2022, according to a new report from the Federal Reserve.

The jump marks an increase of 2.2 percent from the second quarter and an 8.3 percent increase from a year ago.

“Credit card, mortgage, and auto loan balances continued to increase in the third quarter of 2022 reflecting a combination of robust consumer demand and higher prices,” Donghoon Lee, Economic Research Advisor at the New York Fed, said in a press release. “However, new mortgage originations have slowed to pre-pandemic levels amid rising interest rates.”

The Federal Open Market Committee has been aggressively raising rates throughout 2022 in a bid to dampen surging inflation. This summer, the Fed began increasing rates by 75 basis points — the fastest pace its raised rates since 1994.

Credit card balances rose $38 billion since the second quarter, which is a 15 percent year-over-year increase and the largest in more than 20 years, according to the Fed report.

Consumer debt has soared over the last year as Americans have turned to credit cards and loans amid record inflation and rising interest rates.

“New purchases adding to the credit card balance reflect robust demand amid higher prices of goods and services,” Fed researchers wrote in a blog post about the latest data.

Borrowers under 30 years old held the highest balances in the third quarter. Younger borrowers also showed the smallest reduction in balances and had the most serious delinquencies (90+ days late on payments) for credit cards and auto loans.

According to the Fed, delinquencies increased for nearly all debt types

“These balance increases, being practically across the board, are not surprising given the strong levels of nominal consumption we have seen,” Fed researchers said. “With prices more than 8 percent higher than they were a year ago, it is perhaps unsurprising that balances are increasing. Notably, credit card balances have grown at nearly double that rate since last year.” 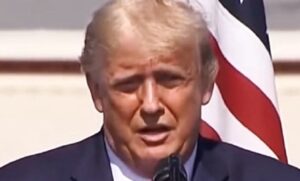