Whelan and Fogel are Americans currently being detained in Russia

Former Marine Paul Whelan and history teacher Marc Fogel are both still being held by the Kremlin.

“Paul, we haven’t forgotten you, we’re coming to get you,” Carstens said. He made no reference to Fogel throughout the interview.

Fogel was arrested in August of 2021 after he was found with 17 grams of marijuana in his luggage, which he had been prescribed by his doctor for chronic pain, while in the Moscow airport. He was sentenced to 14 years in prison in June of 2022 – one month before Griner was sentenced to nine years in jail for possessing cannabis oil.

Nearly a year after his initial arrest, the US State Department asked that Fogel be released on humanitarian grounds because of his age and health.

Elected officials from Pennsylvania – Fogel’s home state – have made repeated efforts to get the federal government to help the teacher. In August, Congressman Guy Reschenthaler, Senator Pat Toomey, and nine other members of the Pennsylvania Congressional delegation sent a letter to Secretary of State Antony Blinken requesting Fogel be included in a deal to release Americans from Russia.

The 61-year-old was ultimately excluded from the State Department’s negotiations, per Fox News.

Lisa Hyland, Fogel’s sister, told NPR on Dec. 11 that she was “glad” Griner was released because “she didn’t deserve the sentence that she got either.”

“But, of course, we want Marc to be the one on that plane,” Hyland said. “One thing that’s been discouraging is we haven’t heard Marc’s name, you know, at the press conferences. And I’d like to hear President Biden mention Marc’s name, too.”

Whelan, a former Marine and private security director for auto supplier BorgWarner, was arrested in a Moscow hotel room in December of 2018. He was convicted on espionage charges and sentenced to 16 years in a maximum security prison on June 15, 2020. He declined to appeal his sentence, saying he did not have faith in the Russian court system and was hopeful the federal government would reach a deal for his release.

Carstens said during his GMA interview that he spoke to Whelan five hours after reaching the United States.

“I landed at 4:30 in the morning, and at 9:30, Paul called from the penal colony in Russia,” Carstens recounted. “I explained to him, I said, ‘Paul, it was one or nothing, we were not going to be able to get you out. We’re going to keep working on it, but I understand you’re a little frustrated with that.’”

“We believe that there are plays that we can continue to try to run, things that we have had in motion that we are still working on that could potentially lead to a positive result here,” Sullivan told the media, per Spectrum News.

Sullivan also made no mention of Fogel or efforts to secure his release and no reporters asked him about the detained teacher.

In addition to recounting his experience traveling with Griner, Carstens acknowledged while on GMA that there had been some shock as to who the American government agreed to release in exchange for the former Olympic athlete – convicted arms dealer Viktor Bout. Bout, who is known as the “Merchant of Death,” was accused of selling weapons to Al Qaeda, the Taliban and rebels in Rwanda. He was serving a 25-year sentence following his conviction in 2012.

“He was probably the highest-profile Russian in U.S. custody and the prisoner Russia had campaigned the most vociferously to have returned,” reports The New York Times.

Carstens was appointed by President Donald Trump and has stayed in his position during the Biden administration. A former Green Beret, he was involved in securing the release of former Marine Trevor Reed from Russia in April. Reed was sentenced to nine years in prison in 2019 for allegedly assaulting a Russian police officer, which he denied.

He told The Washington Post in January 2021, “Every day an American is being held hostage abroad means I have failed to accomplish my mission.” 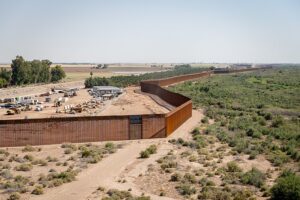