The Statement Comes As Border Patrol Agents and DHS Officials Brace For A Surge of Up To 14,000 Illegal Aliens A Day Attempting to Cross Into the U.S.

Texas Gov. Greg Abbott has announced that state authorities will restart construction on the Texas-Mexico border wall in January.

“It took months to negotiate with private property owners on the border for the right to build on their property,” Abbott wrote on Twitter. “We now should be building more border wall all of next year.”

The declaration comes as border states hastily prepare for what authorities expect to be historic waves of illegal immigrants storming the U.S. southern border, as Title 42 — a border policy enforced during the Trump administration — is set to expire on Dec. 21.

Texas officials are expecting illegal border crossings to increase by as much as 40 percent after Title 42 expires. Ricardo Samaniego, an El Paso County judge, told attendees at a public meeting that if Title 42 expires, the illegal immigration crisis will worsen, stating, “Once [migrants] see that it’s happening, more people will come in.”

Agents with the U.S. Customs and Border Protection (CBP) in the El Paso sector are currently struggling to deal with the largest migrant caravan in history, which just crossed into the U.S.

The city’s Migrant Welcome Center can only accommodate 400 individuals per day. Yet, according to a government dashboard, officials have 2,489 migrant encounters each day. As of Dec. 14., local officials have more than 5,700 illegal aliens in custody. Border Patrol officers are releasing more than 1,200 per day into the community with an additional 300 daily street releases.

Title 42 § 265 gives the President the ability to prohibit entry of people into the U.S. when there is a serious danger of the introduction of a communicable disease. This policy was enforced following an order from the Centers for Disease Control and Protection (CDC) issued in March 2020 as the nation went into lockdown in response to the COVID-19 pandemic.

The policy has been renewed by the Biden administration and has been used to expel migrants more than 2.4 million times.

U.S. officials estimate the possibility of between 12,000 to 14,000 migrants attempting to cross the border each day in the absence of Title 42.

Border patrol agents recently said they were unprepared for the surge and would be forced to simply put illegal aliens on parole and release as many as possible into the U.S.

“Economic and political instability around the world is fueling the highest levels of migration since World War II, including throughout the Western Hemisphere. The surge in global migration is testing many nations’ systems, including our own,” U.S. Department of Homeland Security Secretary Alejandro Mayorkas said in a statement addressing planning the end of Title 42.

“Once the Title 42 order is no longer in place, DHS will process individuals encountered at the border without proper travel documents using its longstanding Title 8 authorities, which provide for meaningful consequences, including barring individuals who are removed from re-entry for five years,” Mayorkas continued. “These consequences include placing individuals in expedited removal, which allows DHS to quickly repatriate individuals who do not have a legal basis to stay in the United States.”

“Despite our efforts, our outdated immigration system is under strain; that is true at the federal level, as well as for state, local, NGO, and community partners,” he added. “In the absence of congressional action to reform the immigration and asylum systems, a significant increase in migrant encounters will strain our system even further. Addressing this challenge will take time and additional resources, and we need the partnership of Congress, state and local officials, NGOs, and communities to do so. “ 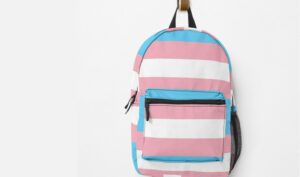