The announcement followed an uptick in arrests at the border

Immigrations and Customs Enforcement (ICE) will no longer be allowed to carry out raids on workplaces that employ illegal immigrants following an announcement from Homeland Security.

In a memorandum released on Oct. 12, the department said “the deployment of mass worksite operations, sometimes resulting in the simultaneous arrest of hundreds of workers, was not focused on the most pernicious aspect of our country’s unauthorized employment challenge: exploitative employers.”

The Department of Homeland Security (DHS) will “refocus our workplace enforcement efforts” and no longer “conduct mass worksite operations.”

“Under the previous administration, these resource-intensive operations resulted in the simultaneous arrest of hundreds of workers and were used as a tool by exploitative employers to suppress and retaliate against workers’ assertion of labor laws,” DHS added in an accompanying statement.

“We will not tolerate unscrupulous employers who exploit unauthorized workers, conduct illegal activities, or impose unsafe working conditions.  Employers engaged in illegal acts compel the focus of our enforcement resources. By adopting policies that focus on the most unscrupulous employers, we will protect workers as well as legitimate American businesses.”

“Under the Trump administration, ICE carried out multiple raids on workplaces including one in 2019 that saw ICE agents arrest approximately 680 people at seven worksites in Mississippi,” per UPI.

The announcement reflects the Biden administration’s focus on businesses rather than illegal immigrants themselves. This strategy is more comparable to President Barrack Obama’s low-profile audits of workplaces. The shift has been welcomed by both immigration advocates and workers’ rights groups.

Sen. Bob Menendez (D-N.J.) tweeted his support of what he called a “decisive action.”

“It is long past time for DHS to stop enabling employers who use the threat of deportation as a tool to facilitate exploitation and evade accountability,” Nadia Marin-Molina, executive director of the National Day Laborer Organizing Network, said in a statement. “Immigrant workers kept the lights on in this country during a pandemic, and they were essentially told by the government they should work to death without basic rights so that others could live.”

ICE and other immigration agencies now have 60 days to develop new policies that will encourage workers to report labor law issues. The new plans could include granting temporary relief from immigration enforcement to “victims and witnesses,” per Forbes.

The Biden Administration has consistently blamed poverty and crime in Central America for the surge of illegal crossings at the border. Monthly border arrests have doubled since President Joe Biden took office. 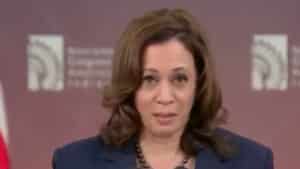