Vice President Kamala Harris issued a scathing rebuke of “European Explorers” this week when she said historical figures like Christopher Columbus “ushered a wave of devastation” across the Western Hemisphere.

“Since 1934, every October the United States has recognized the voyage of the European explorers who first landed on the shores of the Americas,” she said during an Oct. 12 speech at the National Congress of American Indians’ 78th Annual Convention. “But that is not the whole story. That has never been the whole story.”

“Those explorers ushered in a wave of devastation for tribal nations — perpetrating violence, stealing land, and spreading disease,” the Vice President said. “We must not shy away from this shameful past, and we must shed light on it and do everything we can to address the impact of the past on native communities today.”

“Native Americans are more likely to live in poverty, to be unemployed, and often struggle to get quality health care and to find affordable housing,” she told the oldest and largest U.S. organization for native peoples.

“This persistent inequity, this persistent injustice, is not right. And the pandemic has only made it worse,” Harris added. “I believe strongly that we now have a chance to change things, to improve things — to be better.” 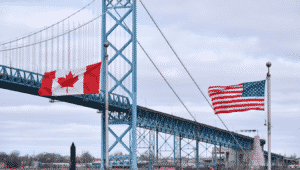