In Arizona, Election Day is ending with a whimper instead of a bang.

As of 9:20 pm, only about half of all ballots had been counted and there was online speculation that voters won’t know the final outcome of key races until as late as Friday.

Maricopa County numbers from 9:20pm show that almost no ballots from Election Day have been counted.

48% of votes remain uncounted and are likely to skew heavily toward Republicans. pic.twitter.com/5OWQMeHcbj

BREAKING: Maricopa County says they expect to have 99% of their ballots counted here by Friday.

From the time polls opened until the end of the day, multiple polling locations had malfunctioning machines that were unable to process ballots, sparking anger, as well as allegations of incompetence and election fraud.

Officials had previously cautioned the public that processing the election results in certain jurisdictions could take days, though none were inclined to provide an justification for the long delay, while states like Florida are able to process all of their votes in a single day.

Gubernatorial candidate Kari Lake told her Twitter followers that she had received 73.9 percent of the vote in Cochise County. NBC News and ABC News showed that number to be just over 58 percent.

As of 11:15 pm, ABC News reported that roughly 54 percent of the expected vote was in, which showed Secretary of State and gubernatorial candidate Katie Hobbs led in six counties, while Lake led in nine counties.

Overall, here is where things stand at the end of the night on Nov. 8:

The Arizona GOP hosted a massive election night watch party at a posh hotel ballroom in Scottsdale, just outside of Phoenix, which an attendee told Timcast was attended by “at least a few thousand people.” Party officials say the event was covered by 350 journalists.

GOP nominee for #AZgov @karilake tells supporters in Scottsdale “we are going to win this.” She invokes primary, when she was behind on election night but pushed ahead to win after day-of votes were counted. pic.twitter.com/MtTgUmy7Pa

As results continued to trickle in, Lake reassured the packed room of supporters “we are going to win this.” 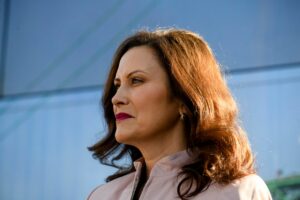