Governor Whitner, who enjoyed high-profile endorsements from the likes of President Joe Biden and Vice President Kamala Harris, was the expected victor in tonight’s contest by every major polling outlet other than Real Clear Politics, which rated the election a toss-up in their end-of-October round-up of predictions.

Whitmer began her political career in Michigan’s legislature, serving terms in both the upper and lower chamber. She was first elected to the office of governor in 2019. Whitmer, at the time of the decision, had obtained well over 51% of the vote, enjoying a five-point advantage over Dixon.

Dixon, who began her career working for her father’s steel foundry, spent a brief stint in the late aughts working as an actress in low-budget projects sometimes released exclusively online. A member of the Trump-faithful, she vocally supported the former president’s claim that the election was stolen while working as a conservative commentator for internet news station Real America’s Voice.

In May of ’21, the commentator announced her candidacy for Michigan’s Republican Gubernatorial Primary and reiterated her belief that the 2020 presidential election was stolen during subsequent debates where she pledged loyalty to Donald Trump. Dixon received high-profile endorsements from former Democrat Representative Tulsi Gabbard, former Secretary of Education Betsy DeVos, and former Acting Director of National Intelligence Richard Grennell.

A staunch advocate for the prohibition of abortion, she has stated that pregnancies should only be allowed to be terminated in order to save the life of the mother. She does not believe in exceptions for rape and incest. Fiscally conservative, Dixon pledged to abolish the state’s income tax and believed that an increase in tourism could help offset the lost revenue.

A breast cancer survivor and mother of four, Dixon was raised in Illinois, attended the University of Kentucky, and moved to Michigan in the 2000s. Dixon beat out a large slate of primary challengers — all of whom were Trump loyalists who contested the legitimacy of the 2020 election results during their campaigning. 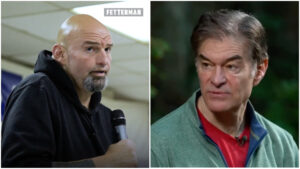