‘He Called Me an A—hole More Than Once’ Rep. Thomas Massie Says Live On Fox

'We’re On The Air, Congressman, Did No One Tell You?' Kennedy Asked Through Laughter

Massie appeared on the network’s program Kennedy, hosted by the show’s namesake Lisa Kennedy Montgomery, who mentioned Kerry’s comments on the Inflation Reduction Act (IRA). At a climate conference, Kerry reportedly said about the bill, “I’m not sure how much it has to do with inflation, but that’s ok,” according to Kennedy who jokingly referred to Kerry as Massie’s favorite targets.

“He called me an a—hole more than once,” Massie responded as Kennedy laughed.

“We’re on the air, congressman,” the host said. “Did no one tell you?”

“If you want to know what a bill is going to do in Congress look at it’s name and think about the opposite,” Massie later said regarding the IRA. “The Patriot Act was the most unpatriotic thing you could imagine.”

In 2019, Massie and Kerry had a heated exchange when the congressman questioned the former Secretary of State regarding how he received a science degree in the arts. Kerry confirmed his bachelor’s degree in political science fell under the “liberal arts” umbrella at Yale. Massie then referred to the degree as “pseudo-science.”

“Are you serious?” Kerry responded as the two sparred over then-President Trump’s climate committee which Kerry alleged was a “kangaroo court.”

In 2020 Kerry referred to Massie in a similar manner after the Congressman objected to the $2 trillion CARES Act.

“Breaking news: Congressman Massie has tested positive for being an a**hole. He must be quarantined to prevent the spread of his massive stupidity. He’s given new meaning to the term #Masshole. (Finally, something the president and I can agree on!)” said Kerry in a March 2020 tweet.

Breaking news: Congressman Massie has tested positive for being an asshole. He must be quarantined to prevent the spread of his massive stupidity. He's given new meaning to the term #Masshole. (Finally, something the president and I can agree on!) https://t.co/N1CNLPsZjc

Trump also criticized Massie over his objection to CARES by suggesting the congressman should be ousted from his party.

“Looks like a third rate Grandstander named @RepThomasMassie, a Congressman from, unfortunately, a truly GREAT State, Kentucky, wants to vote against the new Save Our Workers Bill in Congress. He just wants the publicity. … Workers & small businesses need money now in order to survive. Virus wasn’t their fault. It is ‘HELL’ dealing with the Dems, had to give up some stupid things in order to get the ‘big picture’ done. 90% GREAT! WIN BACK HOUSE, but throw Massie out of Republican Party!”

Massie was endorsed for reelection by former President Trump in May who referred to the Kentucky congressman as “Conservative Warrior” and a “first-rate Defender of the Constitution.” 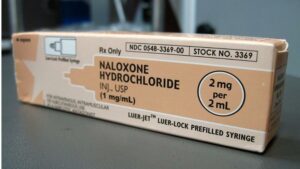