School Superintendent: 'We have an urgent crisis on our hands'

The Los Angeles Unified School District has announced it will provide Narcan at every K-12 school in the district, following a series of recent fentanyl-related overdoses, including the death of a 15-year-old girl who died on campus.

Naloxone, sold under the brand name Narcan, is a medicine that quickly reverses an opioid overdose. The two FDA approved formulations are offered as an injectable or prepackaged nasal spray.

“We have an urgent crisis on our hands,” LA Unified Superintendent Alberto M. Carvalho said. “Research shows that the availability of naloxone along with overdose education is effective at decreasing overdoses and death–and will save lives.”

Southern California has recently suffered multiple incidents involving adolescents overdosing on fentanyl. Within the past few weeks, there have been at least six cases of teen overdoses. A 15-year-old boy was arrested on Sept. 25 on suspicion of manslaughter after selling fentanyl to two Bernstein High School students, and a 16-year-old was arrested for selling drugs to another student at nearby Lexington Park.

The Los Angeles County Department of Public Health (LACDPH) is providing Narcan to LA Unified at no cost to the district, and officials say they have enough doses of the nasal spray for all K-12 schools, which total roughly 1,400.

“We will do everything in our power to ensure that not another student in our community is a victim to the growing opioid epidemic,” Carvalho said. “Keeping students safe and healthy remains our highest priority.”

LACDPH says that fentanyl and methamphetamine overdose deaths are rising at an alarming rate in LA County. Officials warn of an increase in contaminated pills containing fentanyl. Several of the teen overdose victims believed they were taking the pain killer Percocet.

The percentage of seizures of fentanyl in pill form increased from 13.8 percent in 2018 to 29.2 percent in 2021, according to the journal Drug and Alcohol Dependence.

And the increase in counterfeit pills found in U.S. cities is being fueled by Mexican criminal organizations producing them in labs and smuggling them across the border, the Wall Streel Journal reported.

“The opioid epidemic is a community crisis, and today Los Angeles Unified is taking concrete action to protect our students — both by making naloxone readily available and through proactive education and support,” LA Unified School Board President Kelly Gonez said. “Our Board and Superintendent are committed to doing everything we can to ensure student safety on our campuses and in our communities.”

School district officials are working with the LACDPH to develop training and education materials, and nurses, wellness centers, campus police, and some volunteers will be trained to administer Narcan.

“The District has no higher calling than the safety of its students,” Student Board Member Nathaniel Shin said. “I am grateful for the support of the Los Angeles County Department of Public Health, The Los Angeles Trust for Children’s Health, Children’s Hospital Los Angeles and the Los Angeles Unified team for providing this tool to protect student health. I am also thankful for the staff who will train in its use. Narcan saves lives. I look forward to continued collaboration with the community to help students make healthy choices and get the support they need.” 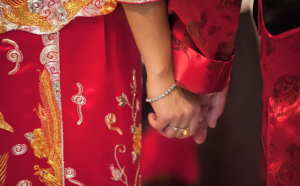