The government will ask 20,000 adults about marriage, family planning, and policies that could encourage parenthood

The Chinese government is distributing a nationwide survey in an effort to understand why many adults are opting not to get married or have children.

In total, 20,000 adults between the ages of 20 to 44 in 100 counties, districts and cities will take part in the China Population and Development Research Centre survey. Participants will answer questions regarding their decisions involving marriage and having children. They will also be asked about problems and policies regarding marriage, parenthood, and raising a child, including what services they would want to support families.

The All-China Women’s Federation, a people’s organization overseen by the Chinese Communist Party, reported that national marriage rates collapsed in 2021 – falling below 8 million for the first time in 18 years. The number represents a 6% decline from the year prior and marks the eighth consecutive year the national marriage rate has declined.

Approximately 50% of the couples that married last year were aged 30 or older. The organization warned that the increasing trend of “late marriages” leads to fewer married couples and “would affect the multiple-child policy, or the latest third-child policy, which further poses a challenge to the population problem.”

Chinese people are believed to delay marriage to pursue educational or professional goals and because cultural attitudes toward marriage have shifted.

In 2015, the Chinese government ended the 35-year-old one-child policy in an effort to stave off a demographic crisis.

“Rather than triggering a baby boom, the new freedom to procreate was met with a slight upward blip, then a continued drop in birth rates,” noted the National Post. “After decades of limits to family size, enforced sometimes by abortion, mandatory sterilization or fines, Chinese couples simply got into the habit of having one child — or none.”

Even with the option to have up to three children, Chinese adults have fewer children if any. Between 2019 and 2021, China’s birthrate fell by 30%.

“Chinese mothers gave birth to 10.62 million babies in 2021, an 11.5 percent fall from 2020, and China’s seventh national census showed that its 2020 fertility rate was 1.3 children per woman — below the replacement level of 2.1 needed for a stable population,” reports the South China Morning Post. “Independent demographers said it fell to 1.15 last year, but no official figure was provided.”

Currently, analytical modeling from the Chinese National Health Commission indicated the country’s population will begin to decline in 2025.

“Critics have suggested that China’s ruthless ‘zero-Covid’ policy, which was aimed at stamping out the virus at outbreak, led to strict controls on people’s lives, forcing them to contemplate not having children,” according to The Independent.

In addition to altering the number of permitted children, the Chinese government has offered its citizens reduced-cost childcare, expanded parental leave, and expanded resources to people with children. 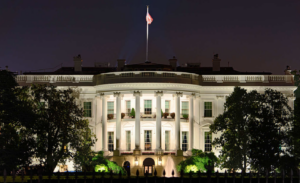