“If passed and enacted, this bill would create a nationwide health crisis, imperiling the health and lives of women in all 50 states,” White House Gender Policy Council chairwoman Jennifer Klein said in a preliminary analysis of the bill obtained by AP News. “It would transform the practice of medicine, opening the door to doctors being thrown in jail if they fulfill their duty of care to patients according to their best medical judgment.”

Graham announced the legislation, the Protecting Pain-Capable Unborn Children from Late-Term Abortions Act, on Sept. 13. He said the ban was comparable to abortion regulation currently in place in 47 European countries and that scientific research indicates a child in the womb is developed enough to feel pain at approximately 15 weeks.

“If you need to provide anesthesia to keep the baby from feeling pain to help save its life, should we as a nation be aborting babies that can feel excruciating pain from an abortion?” he said, per Newsweek.

In 2021, Graham proposed banning abortions after 15 weeks of pregnancy.

“Republicans in Congress are focused on taking rights away from millions of women,” she said in a statement.

AP News also reports that the American College of Obstetricians and Gynecologists opposed the policy in a letter to the White House on Sept. 22.

The organization said the bill set an “arbitrary gestational age limit” because it was “not grounded in science and medical evidence and would dramatically interfere with the ability of patients to receive timely medical care, including prenatal care, miscarriage management, and abortion care,” according to the outlet.

“Access to the full spectrum of medical care, including abortion, is essential for people’s health, safety, and well-being. Physicians must be able to provide medical care to people without outside interference,” states the organization on its website.

The ACOG represents 60,000 physicians across the country. 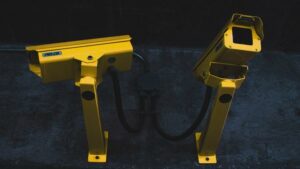