San Francisco’s Board of Supervisors has a new policy that will allow police to access thousands of private security cameras in real-time without a search warrant.

The board voted 7-4 in favor of the ordinance, which will be in effect for 15 months from its effective date.

Mayor London Breed began championing the police use of private security feeds after a weekend of orchestrated burglaries in the Bay Area in November 2021.

Police may only access a private feed for 24 hours. Although San Francisco Police may not record live monitoring, if officers determine a misdemeanor or felony violation is observed, they may request and keep video footage to use in a criminal investigation.

“Make no mistake, misdemeanors like vandalism or jaywalking happen on nearly every street of San Francisco on any given day—meaning that this ordinance essentially gives the SFPD the ability to put the entire city under live surveillance indefinitely,” the Electronic Frontier Foundation (EFF) said in a statement.

The group said that the ordinance’s restriction to monitoring “significant events” is too loosely defined.

“This essentially gives police a green light to monitor—in real-time—protests and other First Amendment-protected activities, so long as they require barricades or street closures associated with public gatherings,” EFF says. “The SFPD has previously been caught using these very same cameras to surveil protests following George Floyd’s murder, and the SF Pride Parade, facts that went unaddressed by the majority of Supervisors who authorized the ordinance.”

The ACLU issued a statement, saying the organization is “extremely troubled by what this means for our civil rights.”

This week, on a vote of 7-4, the San Francisco Board of Supervisors voted to give the police unprecedented access to thousands of privately owned cameras.

We are extremely troubled by what this means for our civil rights. But this is not over.

San Francisco Board of Supervisors President Shamann Walton, who is black and voted against the ordinance, told the Associated Press police already have tools available to request private video footage.

“I know the thought process is, ‘just trust us, just trust the police department.’ But the reality is people have been violating civil liberties since my ancestors were brought here from an entirely, completely different continent,” he said.

The city’s new District Attorney, Brooke Jenkins, supports the law and believes it can be useful in addressing some of the city’s drug problems.

“Drug dealers are destroying people’s lives and wreaking havoc on neighborhoods like the Tenderloin,” she wrote in a June letter, in support of the ordinance. “Mass organized retail theft, like we saw in Union Square last year, or targeted neighborhood efforts like we’ve seen in Chinatown is another area where the proposed policy can help.” 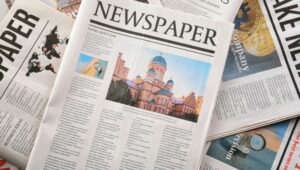