An atheist was unanimously elected to be the new president of chaplains at Harvard University.

Greg Epstein, 44, was raised Jewish but identifies as a humanist. Humanism is “a progressive philosophy of life that, without theism or other supernatural beliefs, affirms our ability and responsibility to lead ethical lives of personal fulfillment that aspire to the greater good,” according to the American Humanist Association. The organization’s slogan is “Good Without God.”

Epstein is the author of the book “Good Without God: What a Billion Nonreligious People Do Believe” which was published in 2010.  In 2005, he was ordained as a humanist rabbi from the International Institute for Secular Humanistic Judaism. He started working at Harvard the same year. Currently, is a chaplain at Harvard and Massachusetts Institute of Technology.

“He was elected to the presidency of the university’s organization of chaplains by its 30-plus members, who represent multiple faiths and denominations – overwhelmingly theistic ones,” per The Independent.

Fox News reports “the chaplains argue that a man with no clear religious affinity makes Epstein the perfect candidate to organize the various religious group activities across the campus. As the president of the organization, Epstein will organize the more than 40 university chaplains from Christian, Jewish, Hindu, Buddhist and other religious communities.”

Epstein believes that people who do not believe in a high power still need a framework from which they can develop values and sustain communities. Harvard’s chaplains believed his atheism would fit the needs of students who were increasingly non-religious.

In an interview with The New York Times, Epstein argued “There is a rising group of people who no longer identify with any religious tradition but still experience a real need for conversation and support around what it means to be a good human and live an ethical life.”

He said he is particularly interested in working with “people raised in observant households who arrive at college seeking spiritual meaning in a less rigid form” or what he calls “religious refugees.”

Harvard Crimson, the school’s student newspaper, reported that more than 40% of students at the school identified as either atheist or agnostic in 2020. This marked an increase from roughly 32% in 2017.

Many insiders feel Epstein is an ideal chief chaplain because of Harvard’s liberal values as well as its desire to prioritize engagement over tradition.

Margit Hammerstrom, Harvard’s Christian Science chaplain, told the Times, “Maybe in a more conservative university climate there might be a question like ‘What the heck are they doing at Harvard, having a humanist be the president of the chaplains?’ But in this environment it works. Greg is known for wanting to keep lines of communication open between different faiths.”

Others took to Twitter to express dissatisfaction with Epstein’s promotion.

Making that Harvard label less prestigious by completely missing the role of a chaplain. Nicely done, you dopes.

It sounds like a grift. At the very least it shows that Harvard regards atheism as a more than suitable alternative to religious belief. No surprise there,but they have deprived the students of a legitimate chaplain.

Harvard University was founded in 1636 to educate a clergy who would minister to the early puritan pilgrims in New England. 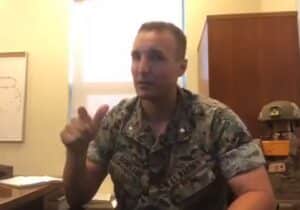