Biden is the oldest president in U.S. history

President Joe Biden’s health is considered uncertain by the majority of American voters.

Voters are concerned not only about Biden’s physical well-being but also his mental wellbeing.

At least 50% of voters disagreed with the statement “Joe Biden is in good health” when asked new poll from Politico/Morning Consult.

An additional 10% were unsure of the president’s health. In total, 40% agreed with the statement.

A survey of public opinion regarding the president’s cognitive health had similar results. When asked if “Joe Biden is mentally fit,” 48% of voters disagreed while 46% agreed. The final 6% said they did not know or had no opinion.

This marks a significant downturn in confidence in the president’s ability. The same polls reported most voters believed Biden was mentally fit by a 21-pint margin in October.

During the 2020 elections, polls found that independent voters believed Biden was both physically and mentally healthier than President Donald Trump.

“The Morning Consult poll found that voters didn’t find Biden a clear communicator by 20 points, they didn’t find him energetic by 26 points and they did not find he was a strong leader by 17 points,” per Politico.

Biden, who will turn 79 on Nov. 20, is the oldest president in the nation’s history.

Biden has not released a full health report since December of 2019. At the time, his campaign released a statement from his doctor, Dr. Kevin O’Connor, who said Biden was “a healthy, vigorous, 77-year-old male, who is fit to successfully execute the duties of the Presidency.”

“He takes three common prescription medications and two common over-the-counter medications,” O’Connor wrote. “He has no known medical allergies. He does not use any tobacco products, does not drink alcohol at all, and he works out at least five days a week.”

Most significantly, O’Connor had noted that Biden suffered from a brain aneurysm in 1998. During surgery, doctors found a second aneurysm that had not bled, which they also treated. The aneurysms have not reoccured.

The White House said in April that Biden would get his physical “later this year” but no date has been publicly set.

On Nov. 16, Deputy Press Secretary Karine Jean-Pierre told reporters she did not have an update on an upcoming physical. She would not confirm that it would occur before the end of the year.

“That is going to happen and once it does we will be transparent about it,” she said. “We will make sure to get this done and share it with all of you when it happens.” 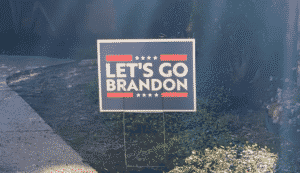