Victims of former USA Gymnastics team doctor Larry Nassar have reached a settlement with the organization and the U.S. Olympic Committee.

Nassar was accused of sexually abusing more than 250 female athletes over the course of three decades while operating as a doctor for the gymnastic organization and Michigan State University.

He pled guilty to child pornography and evidence tampering charges in December 2017 and was given 60 years in prison. In January of 2018, Nassar received an additional 40 to 175 years in Michigan after pleading guilty to seven counts of sexual assault of minors in Ingham County.

He is currently housed in the United States Penitentiary in Coleman, Florida,

The gymnasts who had been victimized by Nassar, including Olympians Simone Biles, Aly Raisman and McKayala Maroney, have also been legally embroiled in a lawsuit against the athletic organizations.

In 2018, USA Gymnastics, which was widely denounced for its role in the abuse, filed for bankruptcy due to the volume of lawsuits that had been brought against it.

While testifying before the Senate Judiciary Committee in September, Simone Biles claimed the organization, as well as the U.S. Olympic Committee, knew of the Nassar’s crimes and chose not to intervene.

“I believe without a doubt that the circumstances that led to my abuse and allowed it to continue are directly the result of the fact that the organizations created by Congress to oversee and protect me as an athlete, USA Gymnastics, and the United States Olympic and Paralympic Committee, failed to do their jobs,” Biles said.

Judge Robyn Moberly said on Dec. 13 she would approve the settlement as part of a hearing held in bankruptcy court in Indiana.

“To the institutions that only care about maximizing profits while disregarding the human toll, we hope this sends a message: this is how much a cover-up costs,” said attorney Jamie White, who represents dozens of Nassar’s victims, in a statement when the agreement was reached.

Manly affirmed this sentiment in a statement on Dec. 13, saying “This historic settlement ends another chapter in the Larry Nassar scandal.”

“Survivors have now received a total of $880 million in compensation for their pain and suffering at the hands of this monster and the institutions who enabled him, Michigan State University, USA Gymnastics and the US Olympic and Paralympic Committee,” he noted. “These organizations spent more than $100 million on corporate lawyers to evade their legal and moral responsibility. These brave women relived their abuse publicly, in countless media interviews, so that not one more child will be forced to suffer physical, emotional, or sexual abuse in pursuit of their dreams.”

TIG Insurance Company will pay the majority of the amount.

“The settlement also includes a direct contribution from the USOPC of around $34 million and a $6 million loan from the USOPC to USA Gymnastics to contribute,” according to The Wall Street Journal.

In addition to the monetary payout that will be divided among the victims, the settlement requires the organization to designate board seats for survivors and to increase the number of safeguards to protect athletes. 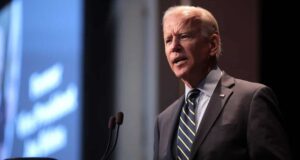 Wages for Americans Continue to Decline in November