A St. Louis woman has been indicted for setting a 7-Eleven on fire during a riot over George Floyd’s death last year.

The activist Nautica Turner, 26, appeared in federal court on Wednesday on the charge of conspiracy to commit arson.

According to a press release from the Department of Justice, “on June 1, 2020, Turner conspired with others to maliciously damage and destroy, by means of fire, the 7-Eleven building located at 201 North 17th Street, a building used in interstate commerce.”

The DOJ said that the case was investigated by the Federal Bureau of Investigation with assistance from the St. Louis County Police Department Bomb and Arson Unit and Bureau of Alcohol, Tobacco, Firearm and Explosives.

After the fire, 7-Eleven had issued a statement saying that none of their employees were hurt during the blaze.

“We can confirm that a St. Louis 7-Eleven store has sustained damage from looting. We are grateful that neither the Store Team nor customers were injured. We understand the feelings of injustice in our society and seek a future that is abundant with dignity and respect for all people,” the convenience store chain’s statement read.

The owner of that franchise, Abe Eshein, told KSDK that the rioters had destroyed everything he had worked hard for over the years.

“It’s just sad that a small group of people can have such a devastating effect on somebody’s livelihood and take away the message that the peaceful protesters were trying to convey,” Eshein said. “I started working for 7-Eleven 38 years ago making $3 an hour, but I’ll be okay. This was going to be my retirement plan, but now it may not be.”

“Where do you go from here?” the station asked Eshein.

To be honest with you, at this point, I don’t know,” Eshein replied. 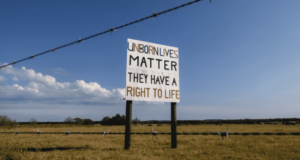