'The federal agencies aren’t just wasting your money, they are literally ripping you off'

Open the Books, a 501(c)3 that accepts no government funding, compiled its latest report after filing 47,000 Freedom of Information Act requests in 2021.

“The ever-rising national debt just surpassed $30 trillion this year – at least $91,613 for every person in the U.S.,” said Founder and CEO Adam Andrzejewski.

Here are some of the biggest ticket items listed in the new oversight report, “Where’s the Pork?”

The United States Government Accountability Office (GAO) performs work at the request of congress and provides fact-based non-partisan information that can be used to save taxpayers dollars.

Data from the GAO reveals that by June 2020, still in the early stages of the pandemic, the U.S. government sent more than 1.4 billion in stimulus checks to more than one million dead people.

The National Institutes of Health gave Stanford University researchers $6.9 million to build a toilet with cameras to analyze the user’s anus.

“Our concept dates back well over 15 years,” said Sanjiv Gambhir, professor and chair of radiology. “When I’d bring it up, people would sort of laugh because it seemed like an interesting idea, but also a bit odd.”

Dubbed a “smart toilet,” the device was outfitted with three camera that and “a suite of different technologies” to extract data from urine and stool samples that researchers hoped might be able to provide early detection of cancers or other conditions like irritable bowel syndrome or kidney failure.

The toilet would be categorized under the umbrella of technology for “continuous health monitoring” — just like smart watches.

“Everyone uses the bathroom — there’s really no avoiding it — and that enhances its value as a disease-detecting device,” Gambhir said.

$3.6 Billion in Paycheck Protection Program (PPP) Paid to People on ‘Do Not Pay’ List

During the peak of the pandemic — when a number of state and local governments forced businesses to close and much of the nation was on lockdown — congress provided PPP funds to help businesses, self-employed individuals, and other organizations continue to pay workers.

However, the Small Business Administration, which administered the program, paid out $3.6 billion to 57,000 whose names were on the ‘Do Not Pay’ list.

The total value of this program to help struggling Americans was $953 billion. But, economists concluded that it saved relatively few jobs at a cost of more than a trillion dollars.

$9 Billion in COVID Aid to Bail Out Colleges in California That Had 65,000 Fake Students

The greatest monetary expansion in U.S. history happened during the 2020 pandemic. Part of those funds went to California colleges and universities, who received $9 billion in aid.

However, many of the students enrolling in the college system were “enrolled” by hackers.

As of today, there are still at least 65,000 fake students enrolled. As much as $5,000 in federal aid went to each fake student.

The Cost Maintaining the COVID-19 State of Emergency: $18 Billion Per Year

Despite pleas from medical professionals, the Biden administration has extended the two-year-old national public health emergency, marking the ninth extension of the emergency declaration.

And there is a large sum of money attached.

Data from the Congressional Budget Office shows that each 90 day extension of the state of emergency costs taxpayers at least $4.5 billion in additional Medicaid spending. Some have said that large numbers of enrolled are ineligible, so the goal of the extensions are to “preserve the expansion of the welfare state through Medicaid.”

Annually, these extensions are costing the U.S. $18 billion in increased spending.

The Centers for Disease Control and Prevention (CDC) gave $2.1 million to an organization in Ethiopia to provide sex education for female commercial sex workers.

The program included HIV and other testing for sexually transmitted diseases, along with counseling, free condoms, family planning and tuberculosis screening.

The report from Open the Books notes that commercial sex work in Ethiopia is illegal.

An omnibus bill is a piece of legislation that groups together multiple budgets of multiple departments, but only receives a single vote. Legislators often include funding for things they might have difficulty getting approved otherwise.

The funding included things like millions of dollars for a fisherman’s coop in Guam, and $13.6 billion in aid to Ukraine.

The National Institute of Allergy and Infectious Diseases (NIAID), headed by Dr. Anthony Fauci, awarded grants for almost a half million dollars to inject male monkeys with hormones to make them female.

Over the last 11 years, the United States Postal Service has lost $69 billion dollars, according to data from the GAO.

In 2020, the USPS took a $9.2 billion loss, despite having a $2 billion budget increase from the year prior.

“Overall, a $1 increase in USPS revenues resulted in a $1.15 increase in costs during 2020,” Open the Books reports. “The more the USPS sold, the more money it lost.”

The three largest hospital systems in the U.S. made $120 billion, while taking in millions of dollars in COVID-aid and violating a new healthcare price transparency rule.

As of January 2022, 86 percent of hospitals were simply ignoring the rule and were not posting prices.

The healthcare industry, overall, was the beneficiary of a $300 billion bailout.

The report lists far more examples of government spending that often goes unnoticed. According to OpenTheBooks.com, the report is made possible by the “Federal Funding Accountability and Transparency Act of 2006,” sponsored by Republican Senator Tom Coburn and then-Democratic Senator Barack Obama.

The federal agencies aren’t just wasting your money,” the organization says. “They are literally ripping you off.” 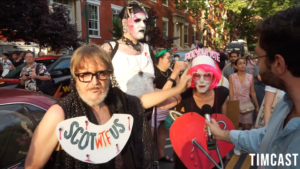