Governor Declares State Of Emergency For Mississippi Capital Without Water

Over 100,000 residents are living without reliable drinking water or running water in Jackson, Mississippi, prompting the governor to issue a state of emergency to deal with the “failure of our state capital’s water system.”

Since July, residents of the state’s most populous city have been following an emergency order from the state’s department of health warning residents that the water was no longer safe to drink and the turbidity level, a measure of the water’s suspended matter, indicated that it had a high likelihood of harboring disease-causing organisms.

According to Republican Governor Tate Reeves, who held an emergency press conference Monday evening, “Jackson’s main water treatment facility has been operating with zero redundancies,” and that damage to the main pump had left the city operating far weaker backup pumps.

The administration was warned by experts that the likelihood of the system reaching a point of complete failure was all but certain and further consultations revealed that the timeline for repairs to the treatment facility couldn’t be reliably estimated. Reeves’ administration set about determining how to supply water to 180,000 people for an indefinite period and banked on using the treatment facility to its limit in order to buy time.

“All of this was with the prayer that we would have more time before their system ran to failure. Unfortunately, that failure appears to have begun today,” Governor Reeves said.

Democrat Mayor Chokwe Antar Lumumba, a former activist who, at 34 years old during his 2017 election, became the capital’s youngest mayor in history, has been plagued by water issues since taking office. He claims this recent saga is the product of bad timing and that the combined heavy rains and river flooding overburdened what he has described as an underfunded public system requiring “capital investment.”

When the water crisis was initially declared in July, Mayor Lumumba pushed back against the state agency which declared the water unsafe to drink unless boiled.

According to Lumumba, the water treatment facilities of Jackson had undergone a transition from using soda ash to lime slurry as their primary cleaning agent and assured residents that the water was perfectly safe to drink. In 2018, a winter cold front saw water mains throughout the city burst and public schools shutter their doors for days while water pressure left the city unable to supply water to its 27,000 students.

In 2019, a $7 million emergency loan was passed by the city council to stabilize the water system. Two similar incidents followed in February 2021. Then, this February, the EPA notified the mayor that the city was noncompliant with federal clean water regulations after it failed to repair damaged parts from an incident in 2021, and the ongoing low pressure carried a significant risk of contamination.

Despite the previous warning from federal regulators, and just over a week into the water crisis, Lumumba implied that the notice to boil water issued by the department of health was a product of regulatory red tape and that the agency was required to issue the warning due to the level of particles clouding the water. Those particles, according to Lumumba, were harmless minerals from the treatment process, not evidence of disease-causing organisms.

“Even among the discussion amongst the higher-ups, you know, they’re not necessarily taking the position that they do think that it’s a public health threat, but they do recognize that they are a regulatory agency, and limitations to even what they can do,” he said.

The department of health pushed back on his claims in an email to local NBC affiliate WLBT. “This agency does not issue boil water notices if the water is safe to drink,” said Liz Sharlot, the Mississippi State Department of Health communications director. “Our goal will always be to protect the public health of our citizens.”

Meanwhile, Reeves has activated the national guard and schools in Jackson have turned to virtual learning, while residents wait for progress to be made on restoring the city’s water system.

According to Reeves, the Mississippi Emergency Management Agency has been prioritizing delivering drinking water and non-potable water on the residential side and maintaining a reserve of water dedicated to fight fires in the city.

“The city cannot produce enough water to fight fires, to reliably flush toilets, and to meet other critical needs,” he said. 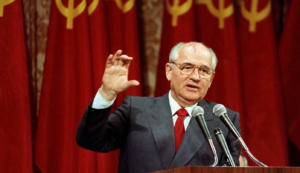