Gorbachev was the last leader of the Soviet Union

The last president of the Soviet Union has died according to Russian state news agencies.

“Mikhail Sergeevich Gorbachev died this evening after a severe and prolonged illness,” the Central Clinical Hospital in Moscow announced on Aug. 30 as reported by Interfax.

Gorbachev is credited with assisting with the end of the Cold War which led to the reunification of Germany. He won a Nobel Peace prize in 1990 for his actions.

In 1958, the avowed communist Gorbachev became the general secretary of the Soviet Communist. His regime was marked by several major reforms and an attempted coup. He resigned on Dec. 25, 1991.

“His policy of ‘glasnost’ — free speech — allowed previously unthinkable criticism of the party and the state, but also emboldened nationalists who began to press for independence in the Baltic republics of Latvia, Lithuania, Estonia and elsewhere,” reports CNBC.

Notably, Gorbachev refrained from using force to suppress pro-democracy protests within the bloc nation. Following his resignation, the Soviet Union split into 15 countries and Gorbachev became immensely unpopular among Russians, per KHOU11.

In a 1992 interview with AP, Gorbachev said, “I see myself as a man who started the reforms that were necessary for the country and for Europe and the world.”

“I am often asked, would I have started it all again if I had to repeat it? Yes, indeed. And with more persistence and determination,” he said.

Russian news agency TASS has reported the influential leader will be buried at the Novodevich cemetery in Moscow beside his late wife, Raisa Maximovna Gorbacheva, who died in September of 1999. He is survived by his daughter, Irina, and two granddaughters.

At the time of his death, Gorbachev was 91 years old. 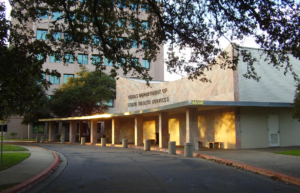 First US Death of Person with Monkeypox Confirmed in Texas