First US Death of Person with Monkeypox Confirmed in Texas

More than 18,000 cases of the virus have been recorded in the United States

The first death of a person infected with monkeypox in the United States has been documented in Texas.

The deceased, a resident of Harris County, was reportedly severely immunocompromised.

“Monkeypox is a serious disease, particularly for those with weakened immune systems,” said Dr. John Hellerstedt, the Texas Department of State Health Services Commissioner, in an Aug. 30 press release. “We continue to urge people to seek treatment if they have been exposed to monkeypox or have symptoms consistent with the disease.”

The DSHS said monkeypox is a painful infection but not life-threatening for most people.

“The case is under investigation to determine what role monkeypox played in the death,” the DSHS stated.

The agency advised that the illness is preventable if those at risk of exposure avoid close, intimate contact with an infected person. This includes avoiding skin-to-skin contact, avoiding contact in “large crowds where people are wearing minimal clothing, such as nightclubs, festivals, raves, saunas, and bathhouses,” and not sharing “cups, utensils, bedding or towels with someone who is sick.”

The Texas death is the first known death of a monkeypox-infected person in the United States.

“We are sharing this information to err on the side of transparency and to avoid potential misinformation about this case,” Harris County Judge Lina Hildalgo said in a statement, per CBS News.

With just over 1,600 cases, Texas has the fourth highest number of documented cases of monkeypox in the country behind California, New York and Florida. Roughly 18,100 cases in total have been documented in the United States.

“Ending the monkeypox outbreak is a critical priority for the Biden-Harris Administration. We are taking our response to the next level by declaring a public health emergency,” said Department of Health and Human Services Secretary Xavier Becerra in a statement on Aug. 4. “With today’s declaration we can further strengthen and accelerate our response further.”

The death comes the day after the DHHS announced plans to invest $11 million in the domestic production of a vaccine used to prevent the spread of monkeypox.

Since the global onset of the monkeypox outbreak, nearly 49,000 cases have been documented worldwide. Only 450 cases were reported in locations with a history of the illness, which is considered endemic in certain regions of Africa.

Spain has two documented monkeypox deaths, the most of any country outside of Africa. Spain has been heavily impacted by the outbreak and has documented 6,459 cases of monkeypox, according to CDC data. Brazil (4,216), Germany (3,422), and France (3,421) have also been significantly impacted.

Monkeypox-related deaths have also been recorded in India, Ecuador, Cuba, and Brazil as well as Nigeria, Ghana and the Central African Republic. 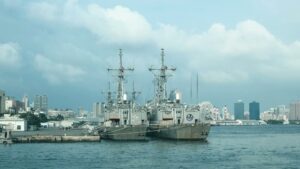