President Joe Biden has announced the first phase of his administration’s strategic response to monkeypox.

The virus, known for its signature pustules that can appear on the genitals, hands, and mouths of those infected, has been spreading through the United States and Europe since the spring.

The Biden-Harris administration said that “for years” the United States has been “invested in research on monkeypox and in tools to effectively respond to the disease” but that the current crisis “requires a comprehensive response from federal, state, local, and international governments and communities.”

“Since the first United States case was confirmed on May 18, President Biden has taken critical actions to make vaccines, testing, and treatments available to those who need them as part of its whole-of-government monkeypox outbreak response,” the White House said in a statement.

The initial response plan focuses on rapidly deploying vaccines to communities most impacted by monkeypox. The government will be “rapidly scaling up and decentralizing testing alongside continued provider education and community engagement across the country.”

Over 32 states and jurisdictions have requested help responding to the virus’s spread. In response, the federal government allocated 9,000 doses of the JYNNEOS vaccine, the smallpox vaccine used in the fight against monkeypox as well as 300 courses of a smallpox antiviral treatment.

Monkeypox and smallpox are both orthopoxviruses and therefore share genetic similarities.

The government has now allocated 56,000 doses of the vaccine for immediate distribution in areas with the highest number of cases to individuals with confirmed or presumed cases of monkeypox.

The Centers for Disease Control and Prevention has recorded over 17,430 cases of the virus. Both California and New York have over 3,000 cases. More than 1,000 cases have been documented in Florida, Texas, Georgia, and Illinois.

By the end of 2022, the Biden administration plans to have distributed 1.6 million doses of the vaccine nationwide. Part of the initiative is investing $11 million into packaging the JYNNEOS vaccine at a domestic facility.

The vaccine is currently produced by Bavarian Nordic, a Danish company that will work with Michigan’s Grand River Aseptic Manufacturing after reaching an agreement earlier this month, per Axios.

“We continue to build on our efforts to secure and make safe and effective vaccines readily available,” said Department of Health and Human Services Director Secretary Xavier Becerra in an Aug. 29 statement. “This new agreement solidifies a domestic manufacturing capability that will bring us more vaccines sooner to end this outbreak.”

“Rapidly increasing the supply and safe delivery of monkeypox vaccine to at-risk Americans is a top priority,” added Assistant Secretary for Preparedness and Response Dawn O’Connell. “BARDA’s support helps ensure success in doubling the capacity available to fill and finish this vaccine, improves preparedness for smallpox bioterrorism, and strengthens the security of the U.S. supply chain. Production of JYNNEOS in the U.S. creates jobs and speeds the availability of the vaccine.”

Additionally, Biden’s government “is committed to combatting monkeypox in the United States and around the world, including in countries where it has been historically endemic.”

Monkeypox is endemic in certain regions of Africa.

The White House Office of Science and Technology Policy will lead new monkeypox research, including evaluating medical countermeasures and improving real-time monitoring of the virus.

“The Biden Administration has been responding to the outbreak since the first domestic case was identified with urgency, humility, and transparency, adapting our approach as we learn more about how this virus is spreading,” the White House concluded. “It will continue to ensure a whole-of-government response to the monkeypox outbreak moving forward, and will lead the government in adapting our response as the situation develops.” 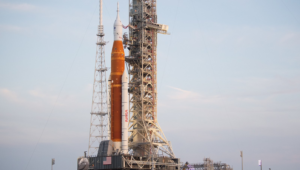