NASA Administrator: 'This is a brand new rocket. It's not gonna fly until it's ready.'

Artemis I, the first of two missions slated to prepare for man’s return to the moon, will not launch today from the Kennedy Space Center following the discovery of engine trouble.

Michael Serafin, the Artemis Mission Manager, discussed the reason for the delay during a news conference held shortly after NASA announced its decision to scrub today’s launch:

“We did encounter an issue chilling down engine number 3. We need the engine to be at the cryogenically cooled temperature such that when it starts its not shocked by all the cold fuel that floats through it. So, we needed some extra time to assess that. When the team started working through that they also saw an issue with the vent valve at the inner tank. So, the combination of not being able to get the engine three chilled down and then the vent valve issue that they saw at the inner tank really caused us to pause today, and we felt like we needed a little more time.”

If the issues are able to be addressed in time, the mission has a second launch window available this Friday at 12:48 PM EST.

NASA Administrator Bill Nelson, a veteran of the Vietnam War and the second sitting member of Congress to serve as an astronaut during the space shuttle program, spoke briefly about the decision to scrub the mission but stressed that delays are part of the process.

“This is a brand new rocket. It’s not gonna fly until it’s ready,” he said. “And I would expect that you will see her at a future launch. I want to say that, uh, scrubs are just a part of this program.” Nelson then discussed how when he was serving as a payload specialist on Space Shuttle Columbia, mission control had to scrub the mission on four separate occasions, delaying the mission for “the better part of a month.”

NASA has suggested that the ultimate goal of the mission series is for humans to be able to establish a permanent foothold on the moon, complete with an orbital platform that will serve as a basecamp for launches into deep space and manned missions to mars. 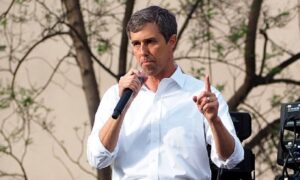