This week, New York Governor Andrew Cuomo signed an executive order declaring a state of “disaster emergency” over gun violence in New York, two weeks after he lifted the state of emergency declared over the COVID-19 pandemic.

“Gun violence and crime should be the top priority for every mayor in this state because every city has been affected by it,” Cuomo said. “It’s a matter of saving lives — and New York’s future depends on it.”

The order outlines seven areas it will focus on: “Treat gun violence like a public health emergency; Target hotspots with data and science; Positive engagement for at-risk youth; Break the cycle of escalating violence; Get illegal guns off the streets; Keep guns out of the hands of dangerous people; Rebuild the police-community relationship.”

“We went from one epidemic to another epidemic. We went from COVID to the epidemic of gun violence. And the fear and the death that goes along with it,” Cuomo said while signing the executive order. “When you look at the recent numbers, more people are dying of gun violence than of COVID … we’re losing young people.”

After Cuomo’s handling of the pandemic and abuse of emergency powers, the reinstatement of emergency powers should be alarming. New York Post columnist Karol Markowicz wrote on Twitter, “Gov. Cuomo should never have emergency powers ever again. And ‘target hotspots with data and science’ is something the Cuomo administration was unable to do even during the actual public health crisis.”

At the beginning of the COVID-19 pandemic, Cuomo required nursing homes to allow admission to people who were currently infected with COVID-19. As Markowicz alludes to, Cuomo failed to “target hotspots with data and science” by mandating the most vulnerable population to be housed with those infected with the virus. Cuomo then suppressed the release of data on nursing home deaths, reporting about half of the true number.

“The new number of 9,056 recovering patients sent to hundreds of nursing homes is more than 40% higher than what the state health department previously released,” The Associated Press reported. “The new figures come as the Cuomo administration has been forced in recent weeks to acknowledge it has been underreporting the overall number of COVID-19 deaths among long-term care residents. It is now nearly 15,000 up from the 8,500 previously disclosed.”

Cuomo used his power to have a report from state health officials rewritten by his aides to omit the number of nursing home deaths.

“The number — more than 9,000 by that point in June — was not public, and the governor’s most senior aides wanted to keep it that way,” The New York Times reported. “They rewrote the report to take it out, according to interviews and documents reviewed by The New York Times.” 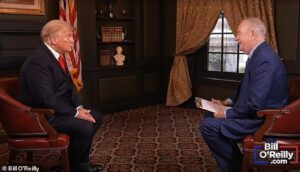 Trump Says He Will Sit for Deposition in Lawsuit Against Big Tech Companies, Adds He's Ready for 'War'