The move follows similar actions taken by other tech companies

Google announced it will suspend all advertising in Russia because of the nation’s invasion of Ukraine.

“In light of the extraordinary circumstances, we’re pausing Google ads in Russia,” a Google spokesperson said in a statement to CNBC on March 4.

“The situation is evolving quickly, and we will continue to share updates when appropriate,” the spokesperson added.

Ads exhibited on search, display marketing, and YouTube are all included in the suspension.

Roskomnadzor, the Russian internet watchdog, accused Google-owned YouTube on March 3 of disseminating misinformation about the invasion through large advertising campaigns, per The Wall Street Journal.

The watchdog accused Google of targeting Russians with ads “aimed at creating a distorted perception of current events” and that “false political information” with the goal of sparking a protest.

The group previously accused YouTube of circulating more fake news than any other non-Russian platform on the country’s internet in December of 2020.

“Ukraine is the birthplace of Looksery, the company that laid the foundation for Snap’s augmented reality platform, and has been the home of more than 300 of Snap’s most creative and talented team members,” Snapchat said in a statement on March 1.

While Snapchat is still available in Belarus, Ukraine and Russia, the company “stopped all advertising running” in the nations and ended “advertising sales to all Russian and Belarusian entities.”

“We do not accept revenue from Russian state-owned entities,” Snapchat added.

“It’s difficult to say what financial losses the company will incur as a result, but the move shows how the online world has become a subsidiary battleground between Russia and the West following Russia’s invasion of Ukraine,” notes The Verge.

Google had already blocked media outlets affiliated with the Russian government, including RT, from monetizing their website or YouTube channels through its ad tech.

Michael Aciman, a spokesman for Google, told Reuters that Russian media will not be able to purchase ads through Google services.

The tech company also “had invoked its sensitive events policy, which bars marketing that seeks to take advantage of the war, with an exception for protest or anti-war ads,” notes Reuters.

Moscow has taken action against Google and other tech companies in several instances in recent years. Google paid more than 32 million roubles in fines last year due to content violation, equating to just over $266,000 USD. 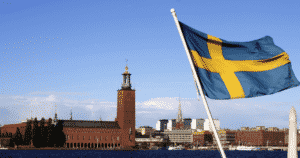