The ruling follows increasingly restrictive internet policies implemented by the government over the course of several years.

On Dec. 25, the Tagansky District Court issued a fine of 7.2 billion rubles — the equivalent of $98.4 million USD. The court ruled that the tech company had repeatedly failed to remove the banned content.

For the first time, the fine was determined based on the company’s revenue.

Though the Russian government has frequently threatened to ban Facebook and Twitter, the only officially banned social media platform is LinkedIn. Officials said the platform, which was not particularly popular, failed to store Russian user data as required by law.

“Russia also introduced a new law demanding that smartphones, computers and other gadgets sold in the country come with pre-installed domestic software and apps,” per Digital Journal.

Russia’s increasingly stringent internet policies date back to the passage of a 2012 law that allowed authorities to blacklist or block certain content.

According to Time Magazine, “[the] ruling is the latest legal blow to Google in Russia, after a Moscow appeals court this month upheld an April ruling that ordered the U.S. technology giant to restore Tsargrad’s YouTube account or face escalating fines. The fines can reach as much as 1 billion rubles within nine months.”

Google stated it will review the court documents and then decide on its next steps. 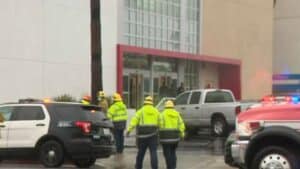