Since Sept. 28, over 22 million RNC emails have reportedly been “suppressed” including 3.1 million on Wednesday, 9.8 million on Thursday and 9.97 on Friday — 358,000 of which were “get-out-the-vote” fundraising emails. Republicans have expressed their concerns with Google “for months” to no avail, said one RNC official, Fox News Digital reported on Monday.

“Our emails have been suppressed despite concrete changes that have improved overall performance,” an official said, noting the RNC, last month, updated their segmentation to factor in recency of click, petition signature, and donation. “Despite having a significantly positive impact on performance, this appears to have had absolutely no impact on the timing of this end-of-month spamming.”

“Big Tech bias is undermining the democratic process & the RNC is exploring our legal options to put an end to this clear pattern of bias,” said RNC Chairwoman Ronna McDaniel in a tweet.

At the end of every month, @Google suppresses important Republican GOTV & fundraising emails with zero explanation.

Big Tech bias is undermining the democratic process & the RNC is exploring our legal options to put an end to this clear pattern of bias.https://t.co/BDrIAofIPL

“Every single month, like clockwork, Google suppresses important GOTV and fundraising emails at the end of the month, with zero explanation nor commitment from Google to resolve this issue,” McDaniel told Fox News. “We are less than 40 days out from Election Day, and important GOTV emails to our opted-in voters in states that have already started early voting are being systematically sent to spam.”

The RNC, who is currently seeking an investigation into the matter by the Federal Election Commission (FEC), disclosed their data showing “strong inbox delivery— 90-100%” to 0% by the end of the month, Fox News confirmed. Google’s alleged suppression of Republican emails constitutes an illegal corporate contribution to Democratic candidates, according to one Republican Party official.

“We enable political committees and other organizations to reach their constituents, donors, and key audiences via email. When Gmail users say that they don’t want to receive an email, we place the email in the spam folder, politics or political affiliation plays no role in this determination,” Google spokesperson José Castañeda told Fox News. “We recently launched a Federal Election Commission approved pilot program with a small number of campaigns to study whether these changes improve the user experience during this election period.”

Google is reportedly seeing a handful of verified political campaigns among Democrats and Republicans alike participating in the program. Participants in the program must comply with Google’s “bulk sender best practices” and are further required to meet security and authentication standards. Users will remain in complete control over their inboxes as Gmail provides the choice to mark messages as spam or unsubscribe. Campaigns that reach a spam rate of 5% or higher will be removed from the program, according to Casteñeda.

According to a March study by North Carolina State University, which surveyed email spam filtering algorithms used in the 2020 Presidential election, “[Gmail] retained the majority of left-wing candidate emails in inbox (< 10.12% marked as spam) while [sending] the majority of right-wing candidate emails to the spam folder (up to 77.2% marked as spam).” 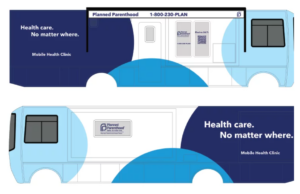