The announcement comes 100 days after the end of Roe v. Wade

A mobile Planned Parenthood clinic will provide medical abortions around southern Illinois by the end of 2022.

The clinic on wheels will operate in southern Illinois and offer consultations as well as abortion pills.The initiative’s aim is to make abortion services more accessible to residents in bordering states with more stringent abortion restrictions.

Under the 2019 Reproductive Health Act, Illinois regards abortions as a part of a fundamental right to reporductive health.

The 37-foot buses address “distances, wait times and other logistical barriers” and “gives us a lot of flexibility about where to be,” Yamelsie Rodriguez, President of Planned Parenthood of the St. Louis Region and Southwest Missouri, told NPR.

“Our goal is to reduce the hundreds of miles that people are having to travel now in order to access care…and meet them where they are,” she said.

In Janaury, Planned Parenthood opend a Regional Logistics Center at its clinic in Fairview Heights.

Rodgriuez told The Telegraph that “the RLC will be operated by Planned Parenthood and the Granite City-based Hope Clinic for Women in response to more restrictive abortion laws in other states and to the lack of access for women in rural areas” under legal protections granted by the RHA.

The privately funded branch of the orgniazation pays for the travel and lodgings of out of state residents seeking abortion. It also works with and supports 50 organizations nationwide that offer related resources to patients. Approximately 14,000 women are expected to travel for abortion-related care through the RLC this year.

“Planned Parenthood has reported increased demand in both Kansas and Illinois since Missouri’s trigger ban took effect, but so far no mobile clinic has been announced along the state’s border with Kansas,” reports St. Louis Post-Dispatch.

The organization is still determining the best routes for its mobile clinic based on patient need and travel data. Additionally, the organization needs to find churches, health care facilities, or other facilities willing to serves as host locations.

The blue and white buses will be emblazoned with the slogan “Health care. No matter where” and come equppied with two exam rooms. Planned Parenthood aims to have the clinic treat 30 patients a day.

According to the organization’s chief medical officer of Planned Parenthood in Missouri, Dr. Colleen McNicholas, the mobile clinic could expand to offer first trimester abortions some time in 2023. The clinic will also offer vasectomy services for men.

Planned Parenthood does have mobile clinics in other states that specifically offer family planning services, such as contraception.

Southern Illinois shares a border with Missouri and Kentucky, which both have banned abortion with a few exceptions. Missouri and Kentucy also do not permit telehealth providers to prescribe the abortion pill or for the pill to be mailed to residents. Additionally, both states require parental notification for minors seeking an abortion. 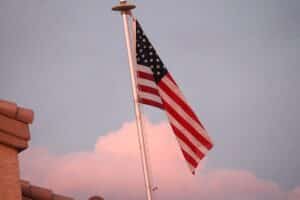