'Get Ready To Work!': Alex Stein Will Run For Texas School Board

'The Whole Game Is Gonna Change! These Kids, Their Standardized Test Scores Are Garbage. Prime Time 99 Is Gonna Fix That.'

Self-proclaimed cultural jammer Alex Stein announced his campaign for School Board in Dallas, Texas in a Thursday video.

The comedian, also known as “Prime Time 99,” recorded himself obtaining an application to run for school board.

“I would like to officially announce my campaign for the upcoming May 6th School Board Elections in Dallas, Texas,” Stein shared in a Thursday tweet accompanying the video.

I would like to officially announce my campaign for the upcoming May 6th School Board Elections in Dallas, Texas.

“I’m Prime Time 99 Alex Stein,” the comedian said, introducing himself to a woman sitting at a desk. “I’m here to pick up my application to run for school board.”

The woman appears confused though directs Stein to the next door building for applications.

“I’m gonna win,” Stein asserts, asking the woman if she was nervous for him.

“When I come in here, it’s gonna be,” the comedian waves his hand. “Tip top shape.”

“I’m coming in here, I’m gonna change the whole thing!” Stein continued as the video cuts to the comedian outside the administration annex.

“I’m Alex Stein,” the comedian introduces himself to another woman referring to himself as a “pimp on a blimp” before asking the woman for a school board application.

The woman directs Stein toward her office as the comedian asserts, “Once I win, we’re gonna change this whole place.”

Stein then asks the woman if she’s nervous, to which she replies, “No.”

“You guys should be,” Stein replies, joking “how nice” the woman’s office will look after he wins.

The comedian requests multiple applications, informing the woman he was delivering to other school board hopefuls.

“I’m gonna have no mercy, no prisoners,” Stein says, walking out of the woman’s office with applications. “Highland Park Independent School District. When Prime Time 99 wins, the whole game is gonna change! These kids, their standardized test scores are garbage. Prime Time 99 is gonna fix that.”

“I’m coming in like a pimp on a blimp,” the comedian continued. “So all you parents out there, if y’all think I’m playing, you wait, we’ll see who’s really playing. Prime Time 99, pimp on a blimp baby, let’s go!”

“We’re gonna help these kids — unlike some of these other people.”

The video cuts to the comedian dropping off a completed application, telling the woman, “When I get elected, I hope you guys get ready to work.”

Stein has earned a reputation by showing up to city council meetings and advocating for typically mainstream policies in a showman-like manner in hopes of exposing the absurdity of proposed policies. 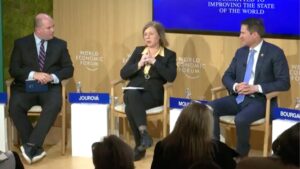