George Floyd will no longer be considered for a posthumous pardon.

The Texas Board of Pardon and Paroles withdrew Floyd from consideration after finding procedural errors in the submission for his case’s consideration. The board also withdrew 24 other possible pardons.

The board will review the application’s errors, said Renae Eze, Office of the Governor Press Secretary. Eze also said Governor Greg Abbott “did not have the opportunity to consider” the application.

Floyd was arrested in February of 2004 after selling $10 worth of crack to an undercover police officer. He pled guilty to the charges and served 10 months in prison.

His case was revisited after the officer, Gerald Goins, was accused of lying to obtain a search warrant in a separate raid the resulted in two deaths. Goins is no longer with the Houston Police force and is facing murder charges. Over 160 drug convictions that involved Goins have since been dismissed by prosecutors who have cited concerns with his casework.

Floyd, who grew up in Houston, was recommended for a pardon following a unanimous decision from the board in October.

His death in May of 2020 in Minnesota led to a summer of political unrest and racial tension across the country. Former Police Officer Derek Chauvin was convicted for the crime and is serving a 22-and-a-half year prison sentence.

Floyd could be pardoned at a later date if the board decides to revisit the application.

“Texas has a yearly tradition of giving out pardons around the holiday season, with the governor typically granting clemency to several people who committed minor offenses years ago,” notes Fox News.

“The board said it sent an ‘unusually high number’ of pardon recommendations to the governor’s desk. The 67 recommendations were more than double the average Abbott typically receives in a year,” per CBS News.

“Through the gubernatorial pardon, the Governor of Texas has the unique power to grant Texans a second chance,” said Governor Abbott in a statement. “I have the utmost respect for our state’s legal system, having served as a trial court judge, Texas Supreme Court Justice, and Attorney General. These men and women have demonstrated their dedication to turning their lives around and helping their communities, and I thank the Texas Board of Pardons and Paroles for our ongoing partnership to strengthen our justice system and reduce recidivism in the Lone Star State.” 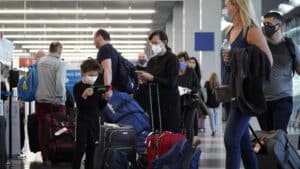