Hundreds of cancelations, more than 1500 delays and thousands of passengers stranded as holiday travelers try to return home

Christmas may be over, but holiday travelers still cannot escape the airport chaos going into Monday. The nightmare has continued into its fourth day as travelers attempt to return home from Christmas travels.

Flightaware reports there have been 708 cancellations as of Monday morning and about 453 flights are delayed. The flights include domestic and foreign destinations.

There were more than 1000 flights canceled and over 2400 more delayed on Sunday.

Major airlines in the US also canceled hundreds of Christmas Eve flights.

The severe travel struggles come as airlines have been hit hard by the latest surge in the COVID pandemic due to the Omicron variant. The US recorded 151,915 new cases on Christmas Day, with 4,644 Omicron cases.

“The nationwide spike in Omicron cases this week has had a direct impact on our flight crews and the people who run our operation. As a result, we’ve unfortunately had to cancel some flights and are notifying impacted customers in advance of them coming to the airport,” United said in a statement issued on Thursday by spokesperson Josh Freed.

When a traveler accesses their itinerary that has been affected, the United Airlines online portal says: “Your flight is canceled due to an increase in COVID cases limiting crew availability. We’re sorry for disrupting your holiday plans and for the inconvenience.”

This past week, after a congressional hearing with the heads of the airlines, both American and Alaska Airlines said they would follow the President’s guidelines for vaccine mandates. This strict adherence may be the root cause for their shortage of flight crews and other essential employees.

Delta’s CEO, Ed Bastian, vowed to fight the constraints of the vaccine mandate.

On Tuesday, Bastian asked the head of the U.S. Centers for Disease Control and Prevention (CDC) to reduce quarantine guidelines for fully vaccinated individuals who contract a breakthrough case of COVID. He cited a direct impact on the airline’s workforce. He requested that the isolation period be reduced to five days from the current 10.

Other airlines, such as Jet Blue, also supported Bastian’s request, urging the CDC to reconsider its current guidelines.

On Thursday, The CDC released updated quarantine guidelines for healthcare workers. The new guidelines cut the isolation time to seven days for workers who test positive for COVID-19 but are asymptomatic. However, no direct response has been given regarding the guidelines that impact other industries such as the airlines.

The 2021 holiday season has been expected to be a significant rebound from the 2020 season. Analysts expect a growth of more than 34% during the nearly two-week period.

Travelers were told they should prepare for long lines at airports and congested traffic on roadways. An estimated 109 million people are set to travel between December 23rd and January 2nd.

Editor’s Note: A previous version of this article was published on Dec. 26, 2021. The story was updated at approximately 7 a.m. the following day to include new information. The title has also been updated accordingly. 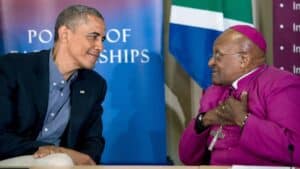