Gaetz: McCarthy Reportedly Texted Republican Who Voted Against Him

'I Am Ready To Fund An Endless War'

Florida Representative Matt Gaetz is one of the most vocal voices in opposition to McCarthy’s bid for Speakership.

The Florida representative suggested McCarthy was “losing it” after reaching out to a defecting colleague.

“McCarthy is losing it,” Gaetz wrote. “He texted one of my colleagues who didn’t vote for him: ‘I am ready to fund an endless war.'”

“I’m assuming this is in *addition* to Ukraine.”

McCarthy is losing it.

He texted one of my colleagues who didn’t vote for him:

“I am ready to fund an endless war”

I’m assuming this is in *addition* to Ukraine.

McCarthy lost one vote from Florida representative Byron Donalds after a third vote was cast. Donalds, who voted for McCarthy in the first two ballots, joined defecting Republicans and threw support behind Ohio representative Jim Jordan.

“The reality is Rep. Kevin McCarthy doesn’t have the votes. I committed my support to him publicly and for two votes on the House Floor,” Donalds shared on Twitter following the contentious vote. “218 is the number, and currently, no one is there. Our conference needs to recess and huddle and find someone or work out the next steps, but these continuous votes aren’t working for anyone.”

“When the dust settles, we will have a Republican Speaker, now is the time for our conference to debate and come to a consensus,” Donalds continued. “This will take time, Democracy is messy at times, but we will be ready to govern on behalf of the American people. Debate is healthy.”

“Some really good conversations took place last night, and it’s now time for all of our GREAT Republican House Members to VOTE FOR KEVIN, CLOSE THE DEAL, TAKE THE VICTORY, & WATCH CRAZY NANCY PELOSI FLY BACK HOME TO A VERY BROKEN CALIFORNIA,THE ONLY SPEAKER IN U.S. HISTORY TO HAVE LOST THE ‘HOUSE’ TWICE! REPUBLICANS, DO NOT TURN A GREAT TRIUMPH INTO A GIANT & EMBARRASSING DEFEAT. IT’S TIME TO CELEBRATE, YOU DESERVE IT,” former President Donald Trump posted to Truth Social on Wednesday, reiterating his support for McCarthy.

“Kevin McCarthy will do a good job, and maybe even a GREAT JOB – JUST WATCH!”

“Supporting McCarthy is the worst Human Resources decision President Trump has ever made,” said Gaetz in response to Trump. “Sad!” 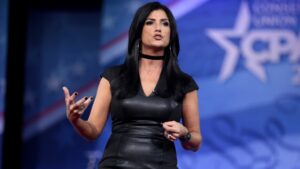 Loesch: GOP Should Have Prepared For Speaker Vote