G4 TV Shut Down Less Than A Year After Relaunch, Employees Find Out Through Twitter

'Hey! This Tweet Is How I Found Out How I Lost My Job! How Neat!' Said One Former Host

Revived video game television network G4 TV announced it would shut down less than a year after its relaunch, according to a companywide memo released on Monday.

The company announced their plan to shut down the revived 2000s era network in a memo from Spectacor CEO Dave Scott.

“As you know, G4 was re-introduced last year to tap into the popularity of gaming,” reads the memo obtained by Deadline. “We invested to create the new G4 as an online and TV destination for fans to be entertained, be inspired, and connect with gaming content.”

Over the past several months, we worked hard to generate that interest in G4, but viewership is low and the network has not achieved sustainable financial results. This is certainly not what we hoped for, and, as a result, we have made the very difficult decision to discontinue G4’s operations, effective immediately. I know this is disappointing news, and I’m disappointed, too. I want to thank you and everyone on the G4 team for the hard work and commitment to the network.

“Our human resources team is reaching out to you to provide you with support, discuss other opportunities that may be available, and answer any questions you may have,” the memo concluded. “Thank you again for all of your hard work for G4.”

Former G4 employees who requested anonymity when signing nondisclosure agreements were reportedly locked out of the company’s Slack and Google Drive without explanation, according to the Washington Post. Jirard Khalil, who refers to himself as “The Completionist” and hosts a YouTube channel of the same name, announced he learned of G4’s shut down through one user’s tweet.

“Hey! This tweet is how I found out how I lost my job! How neat!”

Hey! This tweet is how I found out how I lost my job! How neat!

In November 2021, G4 TV, owned by Comcast Spectacor, announced they were reviving the video game network after almost seven years off the air. Following the departure of network President Russel Arons, who left the company in August, the network laid off 20 to 30 employees in September after attempts to cut company costs failed.

Notable show hosts departed the network following layoffs, including Indiana “Froskurinn” Black who was let go from the company only a week after layoffs began. Froskurinn later confirmed the news in a tweet saying, “thank you so much to @g4tv and the talented Xplay and Esports departments! Loved working with you guys. Gonna especially miss Gex! <3″

Legacy hosts Kevin Pereira and Adam Sessler, who hosted Attack of the Show! and Xplay, respectively, also announced their departure from the company shortly after.

G4 TV originally premiered in April 2002 and ran until December 2014. Hosts Pereira and Sessler previously hosted their respective shows with co-hosts Olivia Munn and Morgan Webb during the network’s original broadcasting. The legacy hosts reprised their roles during the 2021 relaunch without Munn and Webb. 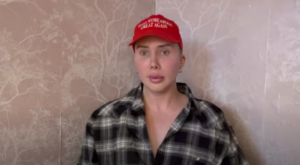