London underwent 32 surgeries while identifying as a transgender woman

A British social media and YouTube content creator has announced he is detransitioning after living as a transgender woman for the last six months.

Oli London posted a video titled “Explaining my DESTRANSITION” on Oct. 14 to his YouTube Channel, which has just over 64,200 subscribers.

“As you guys know, I transitioned. I became a Korean woman,” London said in the post. He notes he underwent surgery to appear more feminine, wore woman’s clothing and got “Korean hair extensions.” He ultimately underwent 32 surgeries, including a facelift, six nose jobs and an eye surgery.

London, who identifies as gender-fluid, said while he felt good initially after receiving compliments, he ultimately did not feel like being a transgender woman correctly represented who he was.

“I have come to realize that actually I am a man and I want to stay as a man,” London said, adding he will now be going by his “original pronoun” – he/him and “Kor/Ean.”

In the video, London expressed relief that he realized he was not a transgender woman before traveling to Bangkok to get breast implants and penis reduction surgery.

London said he is now “living as a Korean man again.”

He first began publicly identifying as Korean in 2021. London previously lived in South Korea and had said he loved the people and culture – especially K-pop bands.

“I just find Koreans so beautiful; they’re such nice people and so beautiful,” London told Fox News in an interview.

“I get vilified by the media and left-wing people. It’s a double standard,” he told the outlet on Oct. 17. “Last year, when I came out as transracial, people attacked me. But then I became trans, and people started celebrating me; they criticized me for wanting to look like a Korean pop star, but praised me for being trans. It’s so hypocritical. When I became a woman, they were suddenly loving me. It’s a confusing world.”

“I feel like children are changing gender without realizing what they’re doing, and then they become adults and regret it,” London added. “I support changing sex, but if you’re a child and taught things like that, you can easily be influenced with whatever adults are speaking to.”

London advised gender-fluid or trans-identifying teens to “be careful” and take their time deciding on permanent surgical procedures as they are “irreversible” and teens may later regret their decisions later in life.

“I feel so relieved and happy to have found myself again and be my biological self,” London wrote on Twitter. “I cannot ignore BIOLOGY anymore.”

Finally living as a Korean man again. I feel so relieved and happy to have found myself again and be my biological self. I cannot ignore BIOLOGY anymore 🙏🏻🤲🏻

Even though he is now living as a man, London says he still wants to be the “biggest advocate for women.” He is auctioning off the long blonde hair he had while living as a transwoman to “support the women of Iran.” The starting bid is £1 million. 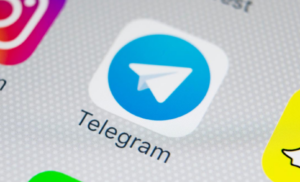