Telegram is based in Dubai and operated by Pavel Durov

The government announced on Oct. 17 that Telegram FZ-LLC, which is based in Dubai, had not met regulations that oversee the operations of large online platforms. The platform had not created a legal way for users to report illegal content and had also failed to name an entity in Germany that would receive official communication from the government.

“The operators of messaging services and social networks bear a particular responsibility for acting against incitement to hatred and violence on their platforms,” Justice Minister Marco Buschmann said in a statement, per AP News. “These legal requirements and this responsibility can’t be avoided by trying to be unreachable.”

In January, the federal police of Germany warned Telegram was evolving into a “medium for radicalization” that was used to target politicians and doctors during the COVID-19 pandemic.

“The coronavirus pandemic, in particular, has contributed to people becoming radicalized on Telegram, threatening others and even publishing calls to murder,” said the chief of Germany’s Federal Criminal Police Office, Holger Muench, in a statement, per ABC News.

German officials have been trying for several years to get Telegram to comply with its internet content regulation but have struggled. Even with Support from the United Arab Emirates, German officials had difficulty serving the platform legal papers.

Telegram was founded by Pavel Durov in 2013. A critic of President Vladimir Putin, Durov is a Russian tech billionaire who fled his home country in 2014 after refusing to release data relating to protests in Ukraine from his other social media site, Vkontakte, to the Kremlin.

In 2017, Durov moved Telgram’s operations from Berlin to Dubai where he currently resides.

Russia banned Telegram in 2018 — a move which led to mass protests. Telegram was reinstated in 2020.

Business Insider reported in March that Telegram is worth $30 billion. The app has “more than 700 million active users, with steady growth of roughly 2 million users per day,” per The Independent.

Germany’s fines are not final and Telegram is permitted to appeal the Federal Justice Office’s decision.

In its official statement, the agency said if it “does not remedy an objection, it will send the respective files via the public prosecutor’s office to the competent district court in Bonn for a court decision.” 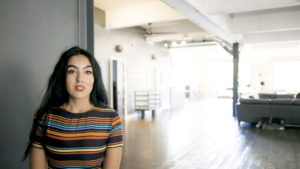