Future of the Nation is at Stake in November's Midterm Elections, According to Over 70 Percent of Americans

A 71 percent majority of US voters believe that the future of the nation is at stake in the upcoming midterm elections.

The new Associated Press-NORC poll also found that more than eight in 10 registered voters consider voting in November’s midterm elections to be “extremely” or “very” important — regardless of party affiliation.

“An overwhelming majority of voters, regardless of party identification or which party they prefer to control the U.S. House of Representatives, think it is important to vote in the upcoming election. However, Hispanic voters are less likely think so than white or Black voters,” the pollsters report.

On the issues, the majority of voters said they trust Democrats over Republicans on health care and abortion policies — but trust Republicans on the economy and crime. When it comes to guns, foreign policy, and immigration, trust in both parties was “about equal.”

Approximately one in five voters do not trust either party to handle each issue, the survey found.

“Seventy percent of voters are dissatisfied with the way things are going in the United States and over half express similar views about the status of individual rights and freedoms in the country,” the report says. “However, when it comes to their own state or community, voters are more closely divided. Republicans are more likely to be dissatisfied than Democrats.”

Most voters also expressed a negative view of the state of politics in the country and that “voters are more likely to feel pessimistic than optimistic about the future of both political parties.”

The poll was conducted October 6-10, 2022 with 1,121 adults, including 961 who say they are registered to vote. The margin of sampling error for registered voters is +/- 4.1 percentage points. 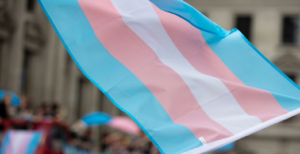