The letter was addressed to Speaker Nancy Pelosi, House Majority Whip James Clyburn, and House Majority Leader Steny Hoyer — and is a far cry from the “Defund the Police” movement championed by the more progressive wing of the party.

In the letter, which was obtained by Punchbowl News, the representatives wrote that “over the last two years, we continue to hear from our constituents who are extremely concerned about the rising level of crime in the country, and about the importance of enforcing laws already on the books.”

The group called for “commonsense, bipartisan legislation to increase investment in local police departments to boost the numbers, retention, training, and accountability of law enforcement officers on the beat.”

The letter urged the consideration of standalone legislation no later than when Congress returns from their two week break for July 4. The group did not want to package the legislation into another bill, as they want members of Congress to have to publicly declare their support for police.

“There are a number of bipartisan bills supporting increased resources for police departments and officers that we believe should be considered as standalone legislation by the House no later than when Congress returns from the July 4 district work period,” the letter continued. “We are aware, however, of an effort to try and package police funding bills with Fiscal Year 2023 appropriations. We disagree with adding these into appropriations legislation. First, it may not be feasible. Second, it would prevent Members from publicly showing their support for law enforcement. Third, it could limit the bipartisan support that we believe only strengthens these measures.”

The authors alleged that the House Judiciary Committee has “made clear to several members” that it has no intention of bringing any law enforcement bills through the markup process.

“Therefore, we implore you to please use your power to bring these bills to the Floor for up or down votes, as you did recently with the Protecting Our Kids Act bill, so that every member can be on the record and their constituents can know where they stand,” the letter added.

The lawmakers listed four specific bills that they wanted to see put to a vote, including Reps. Josh Gottheimer and Rutherford’s “Invest to Protect Act” and Reps. Tom Rice and Abigail Spanberger’s “COPS on the Beat Program Reauthorization and Parity Act.”

According to a press release from Rep. Gottheimer’s office in May, “the bipartisan Invest to Protect Act would create a new grant program to invest in local police departments that have fewer than 200 officers. Grants would be available for officer training, recruitment, and other personnel costs, as well as body cameras and other equipment. The legislation will also reduce excessive reporting requirements of metrics that often do not apply to small areas.”

The “COPS on the Beat Program Reauthorization and Parity Act” was introduced in January by Reps. Rice and Spanberger, along with Republican Rep. John Katko.

“Today, I introduced the COPS on the Beat Grant Program Reauthorization and Parity Act. This bill reauthorizes and updates the COPS program to ensure federal funding remains available to police departments of all sizes in Central New York,” said Rep. Katko in a statement at the time. “Since the COPS program was launched, local police departments have received funding to bolster training, purchase lifesaving protective equipment, and expand community policing initiatives. As a former organized crime prosecutor, I worked alongside police officers and saw firsthand the good the COPS program does. It is vital to keeping our police officers and the communities they serve safe. As far-left lawmakers continue their push to defund the police, I’m fighting back and continuing to lead on initiatives that provide law enforcement with the resources they need to safely serve and protect.” 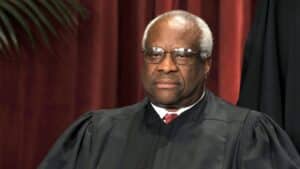